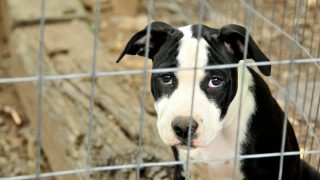 Terms of Settlement Require Changes to Puppy Sourcing and Transparency

CHICAGO — Consumers and puppies in Chicago are the winners in a lawsuit against local pet store chain Furry Babies, Inc. After multiple failed requests to dismiss the case, Furry Babies has settled the consumer lawsuit, which alleged that the chain was violating consumer protection laws by selling sick puppy mill puppies to unsuspecting customers. In a settlement reached on Friday, Sept. 9, Furry Babies agreed to terms put forth by the legal power behind the case—the Animal Legal Defense Fund, the Humane Society of the United States and international law firm Locke Lord LLP.

The highlight of the settlement agreement requires Furry Babies to verify the specific source of each puppy, including specific breeders when the puppies are acquired through puppy brokers. Brokers serve as an intermediary between breeders and buyers and can conceal the puppy mills where animals originate. While Furry Babies can still buy from puppy brokers, it must verify that the original breeder has no critical or direct Animal Welfare Act violations on its last USDA inspection report. The settlement also requires Furry Babies to be more transparent about the source of its puppies by noting on each puppy’s cage that that the veterinarian’s report card and the breeder’s last USDA inspection report are available upon request, and must provide these documents when a puppy is purchased. The company must also note on their website that they purchase puppies from brokers in addition to breeders.

These changes go a long way toward offering consumers vital information about where they get puppies. Furry Babies and other pet stores are often accused of hiding dogs’ puppy mill origin now that many consumers choose not to support the cruel puppy mill industry. Such breeding facilities treat puppies as cash crops instead of pets, employing horrendous standards of care for the dogs and producing sick animals prone to illness, injury, genetic and behavioral problems.

“We are thrilled by the terms of this settlement, which advance the rights of purchasers who do not want to support puppy mills,” says Stephen Wells, executive director of the Animal Legal Defense Fund. “Such disreputable facilities treat puppies like cheap commodities and can foist thousands of dollars in veterinary bills on unsuspecting consumers. The Animal Legal Defense Fund is celebrating the resolution of the Furry Babies case as a major win for puppies and for Chicago consumers.”

The Animal Legal Defense Fund is the nation’s preeminent legal advocacy organization for animals, and thanks the Humane Society of the United States and international law firm Locke Lord LLP for their work on this case.