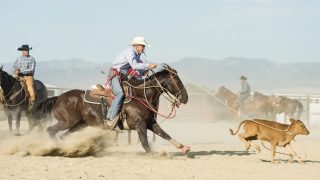 The Case Against Rodeos

Rodeos may be popular, but more and more Americans are becoming aware of just how cruel these events are for the animals forced to participate. The horses, bulls, steer, and calves suffer broken ribs, backs, and legs, torn tails, punctured lungs, internal organ damage, ripped tendons, torn ligaments, snapped necks, and agonizing deaths.

The injuries are not confined to the rodeos themselves. For instance, during practice sessions, a calf may be roped repeatedly, until the calf suffers injuries that require her replacement. 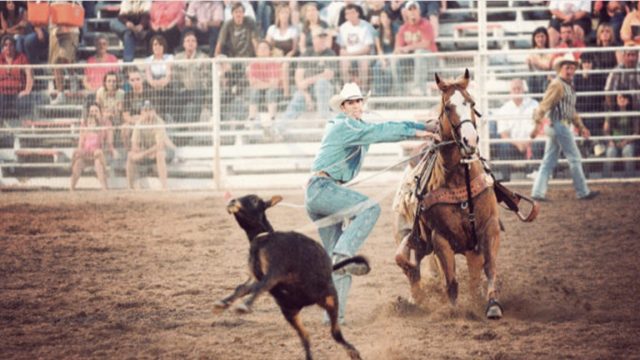 A brutal and honest look at animal abuse on the rodeo circuit.

Cruel tools like the “hotshot” are used to make the animals perform. This is an electric prod that scares an animal into displaying abnormally dramatic reactions through intense pain. Other tools include metal spurs and “bucking straps” that burn the animal’s abdomen and groin area and cause him to “buck” and can lead to back and leg injuries.

Travel between events is punishing, as well. Animals are often transported over long distances in hot and overcrowded trucks and trailers. The official rules of the Professional Rodeo Cowboys Association permit them to be confined during transport for as long as 24 hours without being fed or watered.

And the penalties for violating regulations are not severe enough to deter abuse and are minuscule in comparison with the large rodeo cash prizes at stake.

There are few laws protecting animals forced to perform in rodeos. The federal Animal Welfare Act exempts rodeos from the protections it provides to animals. Some states exempt rodeos from their anti-cruelty statutes, while other states defer to clearly inadequate Professional Rodeo Cowboys Association regulations to judge whether animal cruelty has occurred in rodeos.

One promising development: A handful of states like California, Rhode Island, and Nevada, have passed laws that ban or tightly regulate rodeo events, and some cities are beginning to pass ordinances as well that ban or restrict the rodeo’s cruelest practices.

Let your state and local lawmakers know that you want to see similar legislation passed in your community.

The Animal Legal Defense Fund is fighting for better protection of animals forced to participate in rodeos.

Sometimes that’s through lawsuits. For example, we sued California Rodeo Salinas, the state’s largest rodeo, on behalf of the nonprofit Showing Animals Respect and Kindness (SHARK), after SHARK documented a pattern of consistent and repeated underreporting of animal injuries.

We are also pushing for stronger laws to protect rodeo animals, and better enforcement of existing laws. Together, we can end the rodeo’s abusive and cruel practices.