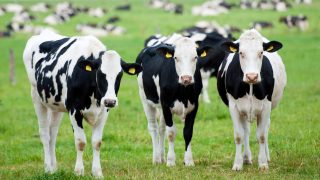 Des Moines, Iowa – Today a coalition of public interest groups and journalists led by the Animal Legal Defense Fund, the American Civil Liberties Union (ACLU) of Iowa, People for the Ethical Treatment of Animals (PETA), the Center for Food Safety and Public Justice, filed a lawsuit in Iowa challenging the constitutionality of the state’s Ag-Gag law.

The coalition argues Iowa’s Ag-Gag law violates the First Amendment and Fourteenth Amendments of the Constitution, which grant freedom of speech and the right to equal protection under the law. Federal courts have already struck down Ag-Gag laws in Idaho and Utah as unconstitutional.

Iowa is one of the largest states for industrial animal agriculture. Iowa is by far the country’s biggest producer of pigs raised for meat and hens raised for eggs. More than 20 million pigs and 45 million egg-laying hens are raised in Iowa each year, with tens of millions more cows, chickens, turkeys, and goats raised in the state.

The vast majority of these animals are raised on factory farms, subject to intensive confinement, routine mutilations, and deplorable conditions.

The central objective of Iowa’s Ag-Gag law is to prevent whistleblowers from collecting information about these facilities and distributing that information to the public. The animal agriculture industry lobbies to pass these laws in order to hide cruel practices and violations of laws designed to protect animals, employees and consumers.

Iowa’s Ag-Gag law has succeeded in hindering free speech and stamping out exposés of the industry. In the years leading up to the passage of the law in 2012, there were at least ten undercover investigations of factory farms in Iowa. Since the law’s passage, there have been zero.

Undercover investigations are one of the few ways for the public to receive critical information about animal agriculture operations. A 2012 consumer survey conducted by Purdue University’s Department of Agricultural Economics and Department of Animal Sciences found that the public relies on the information gathered and presented by animal protection groups and investigative journalists more than they rely on industry groups and the government combined.

“Iowa is trampling civil liberties for the benefit of an industry,” says Animal Legal Defense Fund executive director Stephen Wells. “Each American has a right to know what goes on at factory farms—especially in Iowa, which is the second highest state in agricultural production and the source of nearly a third of the country’s pigs.”

“Iowa’s unconstitutional Ag-Gag law tries to punish speech without any proof of any injury to the agricultural facility it seeks to protect. There’s a reason that federal courts have been striking these laws down as a violation of the free speech rights of groups like our clients,” says Rita Bettis, ACLU of Iowa legal director. “Ag-Gag laws seek to carve out restrictions on undercover news-gathering and other forms of speech that are specific to a single industry in violation of the First Amendment.”

The plaintiffs in the lawsuit are the Animal Legal Defense Fund, Iowa Citizens for Community Improvement, Bailing Out Benji, People for the Ethical Treatment of Animals (PETA) and the Center for Food Safety.