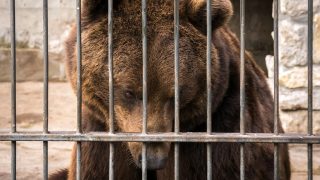 Puerto Rico’s only official zoo, Dr. Juan A. Rivero National Zoological Park, gained international attention last year for its abysmal conditions. More than 100 animals live at the Zoo, including endangered animals such as Mundi, a female African elephant, lions, ring-tailed lemurs, tigers, and North American black bears. Outraged by the treatment of the animals, people around the world, including the governor of Puerto Rico, have called for the zoo’s closure.

The Animal Legal Defense Fund stepped in, filing a public records request and urging the U.S. Department of Agriculture (USDA) not to renew the zoo’s license due to its many Animal Welfare Act (AWA) violations.

A Zoo in Crisis

USDA inspection reports reveal a zoo on the verge of catastrophe. Animals are dying due to untrained staff, poor sanitation, and enclosures that fail to meet even the most basic needs of the animals. The zoo is severely understaffed, and the few employees are not properly trained to care for the zoo’s diverse animal population. In 2017, newborn tiger cubs were moved by zoo employees without notifying the attending veterinarian. The cubs later died, possibly due to rejection of the cubs by their mother.

Medical problems plague many of the animals. A tiger suffering from multiple ailments died last year after the zoo failed to provide adequate veterinary care for over two years. Many of the animals’ enclosures are deficient, particularly in the extreme temperatures of Puerto Rico. For example, only one of the bear enclosures has access to a pool of water, leaving the other bear unable to cool himself off. In the summer, temperatures regularly soar into the 90’s and above, and the animals need to be able to escape the heat.

Puerto Rico’s economic troubles and the September 2017 hurricane exacerbated the zoo’s problems. Lawmakers held hearings about the state of the zoo last year, and experts testified the zoo needed increased staffing and improvements to infrastructure. But budget cuts across the board have resulted in reduced government services to Puerto Rico’s human residents, making funding the zoo an even lower priority.

In February 2017, the USDA removed two online databases containing thousands of records about facilities regulated by the AWA previously available on the USDA website. Animal advocates and organizations relied on the online databases to monitor conditions at thousands of roadside zoos, puppy mills, and research labs across the country. The records served as the basis to build legal cases against the worst violators, challenge the USDA for its failure to enforce the AWA, and advocate for stronger animal protection policies.

The zoo’s many endangered animals are of special concern. The Animal Legal Defense Fund’s landmark legal victories against Cricket Hollow Zoo in Iowa created an important precedent under the Endangered Species Act. As a result, zoos and any other person who chooses to keep an endangered animal must be prepared to provide for these animals’ unique biological and psychological needs. It’s clear that the Mayaguez Zoo is not equipped to provide the level of care mandated by the Endangered Species Act.

In February 2018, the zoo’s license was listed as “canceled” on the USDA website. Due to the information blackout, it’s unknown what factors contributed to the USDA’s decision or the status of the many animals in the zoo’s possession. The Animal Legal Defense Fund submitted a new FOIA request regarding the cancellation in March.

Multiple sanctuaries have offered to re-home some of the zoo’s animals, but political gridlock leaves their fate uncertain. These sanctuaries’ offers would help alleviate some of the financial pressure currently on Puerto Rico and allow the country to focus on rebuilding its infrastructure after the devastating hurricane in 2017.

The Animal Legal Defense Fund is deeply concerned about the well-being of these animals and will continue to push for answers. 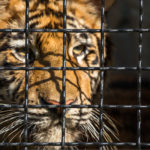