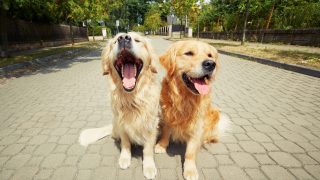 NSA represents thousands of sheriffs and other law enforcement professionals throughout the country. The organization provides police education and training, and creates networks of communication between local, state, and federal criminal justice officials. The Animal Legal Defense Fund regularly collaborates with NSA, and is an official partner of NSA’s National Law Enforcement Center on Animal Abuse; our Senior Attorney Diane Balkin, a former prosecutor, also serves on the NSA’s Dog Encounters Advisory Board.

Last week, NSA announced the creation of its first-ever Animal Cruelty Committee. According to NSA President John Layton, this committee will “look into the needs and concerns of our sheriffs across the country in handling this issue,” and will create a “unified voice” for law enforcement to address animal cruelty. The announcement came just days after the Department of Homeland Security, the National Counterterrorism Center and the FBI published the First Responder’s Toolbox, advising that animal cruelty, particularly when premeditated, may be a warning behavior for terrorism and other violent acts. This is an important step in addressing community safety, and one that NSA has been advocating for behind the scenes.

The Animal Legal Defense Fund applauds the National Sheriffs’ Association, and in particular John Thompson, for their longtime dedication to animal protection, and for continuing to push the boundaries on how law enforcement views and responds to crimes against animals.