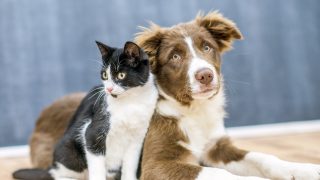 The 2021-2022 legislative session in Massachusetts is underway, and your help is needed to ensure that strengthening the Commonwealth’s animal protection laws is a priority. Ask your state legislators to co-sponsor a list of critical animal protection bills this session.

The Animal Legal Defense Fund is also supporting other key animal protection bills, including the following.

Your state legislators need to know that you believe animal protection should be a legislative priority.