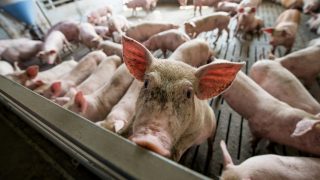 Boise, ID — On Tuesday, April 28, the U.S. District Court for the District of Idaho will hear oral arguments from for a broad-based public interest coalition of national nonprofits, including the Animal Legal Defense Fund, People for the Ethical Treatment of Animals (PETA), the American Civil Liberties Union (ACLU) of Idaho, and Center for Food Safety (CFS), who have requested summary judgment in their lawsuit challenging the constitutionality of Idaho’s “Ag-Gag” statute, Idaho Code sec. 18-7042.

The coalition argues that the statute violates rights protected by the U.S. Constitution. The lawsuit, filed in March 2014, could become the first constitutional challenge to an Ag-Gag statute to reach a final judgment. In July, the court denied the state’s motion to dismiss the lawsuit.

Idaho’s controversial Ag-Gag statute makes it a crime to conduct an undercover investigation at an Idaho agricultural facility. Under this law, journalists, workers, activists, and members of the public can be convicted for videotaping animal cruelty or life-threatening safety violations.

The coalition argues that this statute violates the First Amendment by suppressing speech that criticizes factory farms, and that the statute was motivated by unconstitutional animus against animal advocates in violation of the Equal Protection clause of the Fourteenth Amendment.

In January, Erwin Chemerinsky, one of the nation’s foremost constitutional experts and founding dean and distinguished professor at the University of California, Irvine School of Law, submitted a friend of the court brief supporting the coalition’s challenge.

Idaho’s Ag-Gag statute “singles out those investigators and journalists critical of animal abuse. And the law’s effect on newsgathering, by design…directly criminalizes surreptitious newsgathering at agricultural facility,” Professor Chemerinsky writes.

Going undercover, he notes, “is a practice with a long and venerable history in the finest traditions of the First Amendment.” His brief concludes that “the Court should also hold that the Ag-Gag law is unconstitutional under the Equal Protection Clause.” The Reporters Committee for Freedom of the Press has also submitted a friend of the court brief supporting the coalition’s lawsuit, as did two constitutional law professors who are experts on the Equal Protection Clause.

The plaintiffs are represented by in-house counsel, Leslie Brueckner of Public Justice, Justin Marceau of the University of Denver Sturm College of Law, and the law firm of Maria E. Andrade.

The coalition’s motion for summary judgment, as well as the amicus briefs, are available upon request.