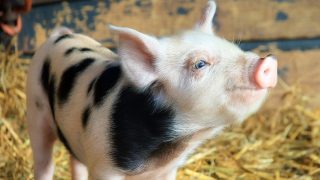 San Francisco, CA – Today the United States Court of Appeals for the Ninth Circuit became the first federal appellate court to strike down provisions of an Ag-Gag law, holding that Idaho’s ban on recording conditions at factory farms and slaughterhouses violates the First Amendment.

This victory for free speech comes in a lawsuit filed in 2014 by a coalition of public interest groups and journalists led by the Animal Legal Defense Fund.

Today’s decision states that Idaho’s law is “staggeringly overbroad, and that the purpose of the statute [is], in large part, targeted at speech and investigative journalists.”

The court concluded that “Idaho is singling out for suppression one mode of speech—audio and video recordings of agricultural operations—to keep controversy and suspect practices out of the public eye.”

In addition to striking down the recording ban, the court also upheld other provisions in the law only after construing them narrowly.

The Idaho legislature enacted its Ag-Gag law after an undercover investigation by Mercy for Animals revealed rampant cruelty at an Idaho dairy farm. Drafted by the Idaho Dairyman’s Association, the law would have criminalized investigative public interest journalism.

“The Ninth Circuit’s decision sends a strong message to Idaho and other states with Ag-Gag laws that they cannot trample civil liberties for the benefit of an industry,” says Animal Legal Defense Fund executive director Stephen Wells.

The Animal Legal Defense Fund is the nation’s preeminent legal advocacy organization for animals and successfully led a coalition to strike down Utah’s Ag-Gag law in 2017 and has litigation pending against Ag-Gag laws in Iowa and North Carolina.