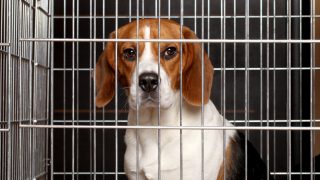 On Thursday, Sept. 28, 2017, the Animal Legal Defense Fund filed a lawsuit against the Office of the Independent Inspector General of Cook County and the Cook County Board of Commissioners demanding the release of a report that details how Cook County Animal and Rabies Control uses its taxpayer-funded multi-million dollar budget. The lawsuit was filed in the Circuit Court of Cook County, Illinois after defendants wrongly denied the Animal Legal Defense Fund’s request for the report under the Illinois Freedom of Information Act (FOIA). We are asking the Court to force the defendants to comply with the FOIA law.

The lawsuit follows years of work by the Animal Legal Defense Fund to hold the municipal animal control agency accountable to the law. Compassionate residents of Chicago and Cook County have long been concerned about the agency’s lack of transparency. We hope this lawsuit will shed light on Animal Control’s successes and shortcomings so that the public knows what their tax dollars are paying for and exactly how the county treats animals.

Residents of Cook County: Take action now to urge the County Board of Commissioners to uphold its duty to the public and release the full report immediately.

More about this case

For years, residents have reported that Animal Control is falling short of its responsibilities. Media coverage of the situation describes the Cook County animal control environment as a patchwork maze of municipal and nonprofit facilities where companion animals may be forever lost from their guardians despite best efforts to locate them.

Thanks to mounting pressure from the frustrated public, the County Board of Commissioners ordered the Office of the Independent Inspector General (OIIG) to conduct an operational review of Cook County Animal and Rabies Control. That operational review included an evaluation of whether the agency was appropriately using the millions of dollars a year it received from county residents’ taxes. Unfortunately, neither OIIG nor the Board of Commissioners made the full report public, only releasing a summary report. More troubling, the summary report revealed the OIIG identified violations of several laws and policies, including a need for significant improvement and increased financial and operational efficiency. The summary report does not provide any meaningful details that would provide frustrated residents with the answers they demand and deserve. In short, the OIIG is withholding the very information the public needs to hold Cook County Animal and Rabies Control accountable.

The Animal Legal Defense Fund issued a FOIA request seeking a full copy of the OIIG’s report, which was improperly denied on the basis that the full report constitutes an investigatory file exempt from disclosure. The Animal Legal Defense Fund’s new lawsuit argues that the denial of the FOIA request was improper and requests the Court to order the Cook County Board of Commissioners and OIIG to provide a full and complete copy of its operational review so that the public can examine all its findings.

The Animal Legal Defense Fund thanks its pro bono counsel Winston & Strawn LLP for its assistance in this case.