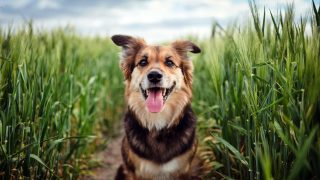 Summary: In the wake of the COVID-19 pandemic and mounting criticism of the dog meat trade from Chinese citizens, the national government of China has issued draft guidelines to reclassify dogs from “livestock” to “companion animals.” In the U.S., some municipalities are grappling with whether pigs kept as companions should be allowed in residential areas that exclude animals legally defined as “livestock.” These developments invite us to think about the ways we categorize animals and how it affects their treatment and protections under the law. This is a two-part Animal Law Update. Part 2 is here.

On April 8, 2020, China’s Ministry of Agriculture and Rural Affairs announced that dogs would be reclassified as “companion animals” instead of “livestock.” The change comes with draft guidelines that list animal species categorized as livestock,1and is part of China’s response to the novel coronavirus outbreak. The list does not include dogs and contains the following statement (translated from Chinese), as reported by Reuters:

As far as dogs are concerned, along with the progress of human civilisation and the public concern and love for animal protection, dogs have been ‘specialised’ to become companion animals, and internationally are not considered to be livestock, and they will not be regulated as livestock in China.

The guidelines were released in draft form and open to public comment until May 8.

China’s national change in the status of dogs does not comprise an explicit consumption ban, and it is unclear whether it may be interpreted this way. However, two cities in China recently passed bans on dog and cat meat consumption, which has led to speculation that a national ban may follow.

Earlier in April, just days before the national government announced its intent to reclassify dogs, Shenzhen became the first city in China to outlaw dog and cat meat consumption. Shenzhen’s law expanded a national ban on wildlife consumption passed in February 2020 in response to the COVID-19 pandemic. 2

According to Reuters, the Shenzhen city government order stated:

Dogs and cats as pets have established a much closer relationship with humans than all other animals, and banning the consumption of dogs and cats and other pets is a common practice in developed countries and in Hong Kong and Taiwan.

On April 15, 2020 — soon after the national government announced dogs would not be classified as livestock — a second city in China, Zhuhai, followed suit in banning consumption of dogs and cats. Both cities are in the province of Guangdong, which neighbors Guangxi province, in which the city of Yulin hosts a controversial dog meat festival each June.

The reason stated by Shenzhen for adding in dogs and cats, even though they are not implicated in coronavirus at all, is specifically in recognition of their special status as companion animals. I think something else is also going on here and that is that these cities are using this opportunity to reflect the mood of the majority of the Chinese people, most of whom of course don’t eat dogs and cats.

She further noted that while national proposals to outlaw consumption of 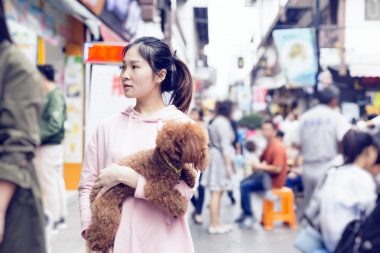 dogs and cats had been unsuccessful in the past, “now it would seem that in the absence of a national ban, cities are taking matters into their own hands and reflecting the mood of the people.”

Animals Asia estimates that 10 million dogs are slaughtered for the dog meat trade each year, most of whom are stray or stolen companion animals. This number pales in comparison to the number of cows, pigs, chickens and other animals who are slaughtered and consumed annually, both in China and the U.S.

Dr. Peter Li, associate professor of East Asian politics and China policy specialist with HSI, told the New York Times in 2015 that the comparably low number of dogs slaughtered and consumed has important policy implications because “the impact of shutting down the dog meat trade would not be remotely significant for the Chinese economy.”

In recent years, the dog meat trade has come under increasing scrutiny in China, with Chinese activists at the forefront of reform.3

In the United States, the Dog and Cat Meat Trade Prohibition Act was passed in 2018 as part of the omnibus federal law commonly known as the “farm bill.” The Act made it illegal to slaughter, transport, possess, purchase, sell, or donate dogs and cats, or their parts, for human consumption.

Previously, it was illegal in all 50 states for slaughterhouses to handle dogs and cats, and for stores to sell the meat. However, individuals in 44 states could legally kill and eat a dog or cat, or sell the meat to other people. The law contains an exception for members of Indian tribes conducting religious ceremonies.

The Social Construction of Animals

China’s move to reclassify dogs from “livestock” to “companions” highlights that the categories into which human societies place animals are malleable. They can change over time and vary by place. This awareness invites reflection on how societies categorize animals generally, and how this categorization affects animals’ treatment and protection under the law.

The social construction of animals describes the process of categorizing and ranking animals according to their perceived value to humans. Key to this process is the social context in which we place animals, rather than their biological characteristics or intrinsic value. Each of these contexts has implications for an animal’s legal status.

Another aspect of social construction is the language we use to refer to animals in these contexts, which often describes where they live versus what is done to them. Thus, we commonly refer to “lab animals,” “circus animals,” “farm animals,”4 and so on — this linguistic habit reduces animals to their perceived use value and obscures their individuality.

Regardless of their social context, animals worldwide are also classified within the larger category of property — including those we consider companions. The property designation is problematic because it puts animals in the same legal category as “things” or inanimate objects and frames our perception of them.

While all animals are currently categorized as property, not all animals are treated equally under the law. 5Companion animals receive the most protection in the legal system, and farmed animals are among those who receive the least. In the U.S., many animal cruelty laws exempt so-called standard practices on factory farms (such as intensive confinement)6that would otherwise qualify as animal cruelty. This leaves many of the countless animals killed for food every day — who are similar in important ways to dogs and cats — virtually without legal protection.

Moving between categories can result in the same animal being treated quite differently, both in terms of what is considered normative or socially acceptable as well as legally permissible. For example, the same domestic rabbit could be used in painful experiments, slaughtered for food, or fortunate enough to be someone’s beloved companion — depending not on her intrinsic qualities but on the social context in which she finds herself. Different levels of legal protection apply within each of these contexts. 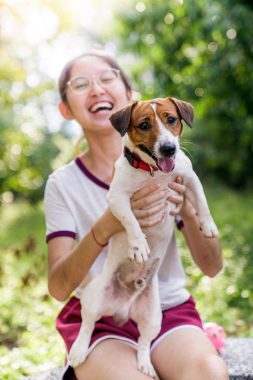 In the United States, many people understandably have strong negative reactions to the idea of eating dogs, whom many of us define as family. Yet, in our society it is considered normal to confine and kill countless individual animals, whom we define as “livestock,” to be eaten each year. The main justification for this very different treatment — and the bright boundary that some perceive between farmed animals and companion animals — is not the biological characteristics or inherent worth of these animals, but rather how someone cares about them (as an individual being versus an economic commodity).

Part of the social construction of animals is whether we highlight the similarities or differences between species. So, for example, we tend to emphasize the ways companion animals, such as dogs, are similar to us,7while overestimating the ways farmed animals, such as pigs, are different.8 However, numerous studies show that dogs and pigs are similar in terms of cognitive ability, emotional experience, sociability, the ability to suffer and feel pain, and the capacity for pleasure and happiness.9 Pigs have outperformed dogs on intelligence tests. Not only that, but they are biologically similar to humans in important ways. Pigs are considered ideal “donors” for human organ transplants due to the “remarkable resemblance” of pig tissues and organs to those of humans — their skin has been used in human skin grafts and their other organs in xenotransplantation.10, 11

Despite these similarities, pigs are subject to routine cruelty and few legal protections in the agricultural context.12 While labeling animals socially as “companions” or “family” does not negate their property status under the law, it reinforces the perception that they are individuals, with distinct and unique personalities, like our other friends and family members. In this way, companion animals have an advantage.

When farmed animals are perceived as companions instead of livestock — and when companion animals are considered livestock in other cultures — it calls attention to the permeability of the symbolic boundaries we place between domestic animals, and how these boundaries result in differential treatment under the law.

Part 2 explores the tension that can arise when people care for — and see — pigs as companions within a legal context that frequently defines them as livestock. 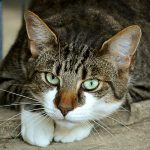 Donate to Honor Someone Special

Donating to the Animal Legal Defense Fund is a wonderful, thoughtful way to honor the special people (or animals!) in your life. Not only will your Honor gift convey your love — it’ll also help save the lives of animals in need.