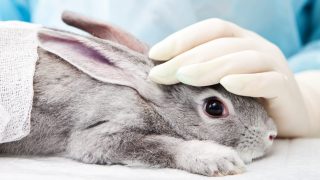 California Bans the Sale of Most Cosmetics Tested on Animals

THE PEOPLE OF THE STATE OF CALIFORNIA DO ENACT AS FOLLOWS:
SECTION 1. Section 1834.9.5 is added to the Civil Code, to read:
1834.9.5. (a) Notwithstanding any other law, it is unlawful for a manufacturer to import for profit, sell, or offer for sale in this state, any cosmetic, if the cosmetic was developed or manufactured using an animal test that was conducted or contracted by the manufacturer, or any supplier of the manufacturer, on or after January 1, 2020.

On September 28, 2018, Governor Jerry Brown signed Senate Bill 1249, making California the first state to ban the sale of most cosmetics tested on animals. The new law goes into effect January 1, 2020.

The older law went into effect in 2002 and was the first in the nation to mandate the use of alternatives to animal tests when appropriate methods are available. According to the National Anti-Vivisection Society, New Jersey, New York, and Virginia have since passed similar laws, in 2007, 2014, and 2018 respectively. But none are as strong as California’s new law, which also bans the sale and import of cosmetic products tested on animals (with certain exceptions, detailed below).

The ban covers both final products and component ingredients developed using animal testing, but only if they were sold in California or tested on animals after the 2020 effective date. Violations, levied against the cosmetic manufacturer, would be punishable by an initial fine of $5,000 and additional fines of $1,000 a day for continued violations.

The bill was authored by Senator Cathleen Galgiani and cosponsored by the Physicians Committee for Responsible Medicine and Social Compassion in Legislation.

“I’m proud of California lawmakers for moving science, industry, and ethics forward today. Cruelty-free cosmetics are good for business, safe for humans, and don’t harm animals,” Senator Galgiani said in a statement released by the Physicians Committee for Responsible Medicine after the California State Assembly voted unanimously to pass the bill.

For instance, SB 1249 does not apply to animal tests that were “conducted on any product or ingredient subject to the requirements of Chapter V of the Federal Food, Drug, and Cosmetic Act,” which concerns drugs and devices. This exception is confusing as the Federal Food, Drug, and Cosmetic Act does not ever require the use of animal testing in cosmetics, but the Food and Drug Administration “has consistently advised cosmetic manufacturers to employ whatever testing is appropriate and effective for substantiating the safety of their products” (emphasis added).

The law also contains an exception for tests required by a state or federal regulatory authority, but only in cases where all of the following criteria apply:

In addition to domestic regulatory agencies, the law exempts animal tests conducted to comply with a requirement of a foreign regulatory authority, “if no evidence derived from the test was relied upon to substantiate the safety of the cosmetic sold in California by the manufacturer.”

Although the initial bill faced strong opposition, according to the Los Angeles Times, it easily passed the legislature following the late addition of amendments reducing its scope. Earlier versions of SB 1249 had prohibited the importation and sale of any cosmetic, or component thereof, that had been tested on animals, but the final version more narrowly applies only if the testing is conducted by the cosmetics manufacturer or supplier themselves — in other words, the purview was reduced to products where animal testing is a direct part of the supply chain.

An earlier version also contained a sunset provision for the foreign regulatory body exemption, which would have expired in 2023, “leaving California as the world leader in manufacturing and marketing of cruelty-free cosmetics,” according to Senator Galgiani’s website. However, the sunset provision was removed during the compromise process and the exemption for foreign regulators remains in place indefinitely.

Opponents of the sunset provision worried that cosmetics companies would move manufacturing to China, which not only allows but also requires animal tests, thus leading to a loss of U.S. jobs. The Los Angeles Times reported that supporters “said the Chinese law was weakly enforced and likely to change before the foreign regulations exemption expired. They pointed to animal-free companies that have successfully managed to market products to Chinese consumers.”

The grandfathering in of existing ingredients was also part of the compromise —though David Quintana, a lobbyist for the bill’s opponents, told Capitol Weekly that even with the compromise, the bill “will be the strongest law in the United States.”

New technologies have created more effective methods for testing product safety than outdated animal models, which are not only inhumane but often unreliable as well. Lawmakers who passed SB 1249, and the multitudes of California residents who called and wrote their representatives in favor of its passage, hope the new law will be a model for similar legislation in other states as well as globally.

As Assemblymember Ash Kalra, principal coauthor of the bill, told the Los Angeles Times:”I think it’s a huge statement that we’re making as a state, and given the size of our market I’m hoping that it will move the global conversation on the use of animals in testing for cosmetics.”