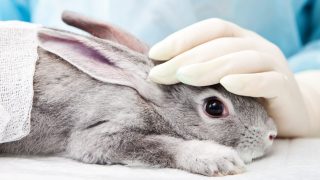 These laws are good both because they reduce the suffering inflicted upon animals in laboratories, and because they can be used as models elsewhere where there is the political will for change.

Bans On Chimpanzee Experimentation: Laboratory testing on chimpanzees humans’ closest living relative, and other great apes was effectively  banned in the United Kingdom in 1997. A number of other countries have similar bans, including New Zealand, the Netherlands, Japan, and Germany.

In the United States, there is no such ban. However, the federal government vowed to voluntarily phase out its use of chimpanzees in experiments in 2013, and in 2015 promised to send the last of the research chimpanzees to sanctuaries.

The U.S. Fish and Wildlife Service enacted new rules in 2017 to make it more difficult for non-government labs to use chimpanzees, as well. Science Magazine reported that with these new rules, no labs had applied for a license to experiment on chimpanzees—but it’s possible the testing will resume.

Bans On Animal Testing Of Cosmetics: A number of countries now ban testing cosmetics on animals.

In 1997, the U.K. banned animal testing of cosmetics and ingredients. Austria, Belgium, the Netherlands, and Germany have also banned the use of animals in cosmetic testing. As of 2013, no animals may be used in cosmetic testing in the European Union.

Other countries with similar bans include Israel, India, New Zealand and Australia. Some of these countries also ban the importation and sale of cosmetics that have been tested on animals.

We have seen some progress in the United States as well, at the state level. In 2000, California passed the first state law limiting product-testing on animals where alternative non-animal tests are available. New Jersey, New York, Illinois, Nevada, and Virginia have also banned animal-tested cosmetics.

Other states, like Louisiana, Maine, Massachusetts, and New Mexico, have similar policies. Maryland mandates students have alternatives to dissection and other animal-harming activities.