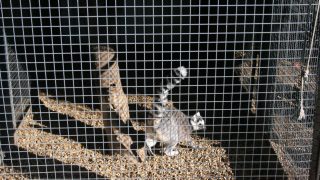 The first proposed amendment would tighten requirements for species-specific training for attending veterinarians at exhibition facilities. While the current rule does state that vets need to have received some training, exhibitors continue to use vets with, for example, sole experience treating cats and dogs, to diagnose and treat primates, exotics, and endangered species.

The Animal Legal Defense Fund is proposing clarification requiring at least six months of full-time training or experience with the species being attended. This would close a dangerous loophole and ensure animals receive the care they need from qualified veterinarians.

The second proposed rule would provide a procedure for the USDA to confiscate animals from substandard facilities as part of the process of revoking an AWA license, which animal exhibitors, breeders, and dealers for protected animals must have.

Currently, the USDA has authority to confiscate individual animals who are suffering, but the regulations do not contemplate removal of all animals suffering in a substandard facility, like Cricket Hollow Zoo. Indeed, during the one year it took for the Animal Legal Defense Fund to litigate its case against Cricket Hollow Zoo, three tigers and two lions died before a court ordered the tigers be removed.

The group is now working to rescue the lions before they meet the same fate. The Animal Legal Defense Fund’s proposed rule would allow the USDA to take custody of suffering animals upon initiation of proceedings that would revoke an AWA license.

“The AWA is intended to protect animals like those at Cricket Hollow Zoo, but the conditions for animals there highlighted some very serious deficiencies in the law” says Animal Legal Defense Fund Executive Director Stephen Wells. “These petitions for rulemaking would provide stronger protections for captive wildlife and better fulfill the Act’s intention to protect captive animals from harm.”