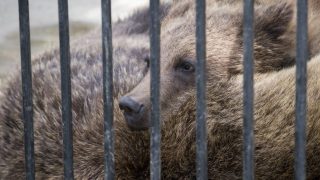 SAN FRANCISCO – Today the Animal Legal Defense Fund, the nation’s preeminent legal advocacy organization for animals, filed a lawsuit to force the federal government to repeal recently imposed rules under the Endangered Species Act (ESA). The lawsuit specifically details the importance of ESA protections for animals in captivity, in addition to how these changes harm wild animals.

The ESA is one of the most important legal tools protecting the lives of animals. The ESA has prevented the extinction of numerous iconic American animals including the northern gray wolf, the bald eagle, the Florida manatee, and the grizzly bear.

This law also provides critical protections for threatened and endangered animals languishing in captivity across the United States. The Animal Legal Defense Fund set a critical legal precedent applying the ESA to captive endangered animals in 2016 —affirmed on appeal in 2018 — regarding the treatment of four tigers and three lemurs held at a roadside zoo in Iowa.

“The Endangered Species Act allows us to use the legal system to protect some of the most vulnerable species on the planet, in the wild and in captivity,” says Animal Legal Defense Fund Executive Director Stephen Wells. “The new rules put both wild and captive animals at further risk of mistreatment and extinction.”

In August, the U.S. Fish and Wildlife Service (FWS) and the National Marine Fisheries Service (NMFS) announced the new rules that weaken the ESA. The changes include:

The Animal Legal Defense Fund argues the government’s decision to weaken ESA protections is not just misguided, but illegal. The ESA requires threatened and endangered species to have legal protections, but the Services’ rules strip those required protections away. Further, the lawsuit alleges the Services failed to adequately consider arguments against the rules at the proposal phase or consider the environmental impacts of the rules — violating the Administrative Procedure Act and the National Environmental Policy Act.