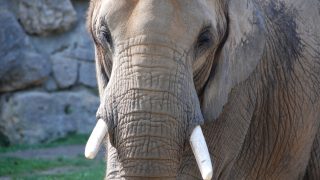 Federal Judge Xavier Rodriguez denied key parts of the San Antonio Zoo’s motion for summary judgement, holding that the Animal Legal Defense Fund had provided sufficient facts demonstrating the zoo may be violating the Endangered Species Act (ESA) by holding an endangered elephant, Lucky, in conditions that injure her both physically and psychologically. The zoo must now defend its treatment of Lucky in a full trial, currently scheduled to begin on Oct. 2, 2017.

The ruling, released Friday, June 9, also strongly rejected the zoo’s legal argument that its purported compliance with the Animal Welfare Act shields it from liability under the ESA. This is a significant legal ruling that has broad application to any endangered species in captivity, including Lolita the orca, whose captivity at the Miami Seaquarium in a shockingly tiny tank has been the subject of litigation for years.

“The Endangered Species Act is in place to protect animals in captivity and the wild from mistreatment and abuse,” says Animal Legal Defense Fund Executive Director Stephen Wells. “We are committed to enforcing laws designed to protect animals to their fullest.”

The Animal Legal Defense Fund, the preeminent legal advocacy organization for animals, filed suit against the zoo in December 2015 over the treatment of Lucky, an Asian elephant who— until recently—lived alone. Asian elephants are extremely social animals—living in family groups their entire lives and often traveling several miles a day as a herd.

The Animal Legal Defense Fund’s lawsuit has already helped end Lucky’s years of isolation, pushing the zoo to introduce two new companions, Nicole and Karen. Judge Rodriquez noted that the zoo’s prior social isolation of Lucky may have potentially violated the ESA.

In rejecting the zoo’s other arguments, Judge Rodriguez held that the Animal Legal Defense Fund provided sufficient facts to warrant a trial on whether the zoo is violating the ESA by “harming” or “harassing” Lucky by confining her in a habitat that lacks adequate protections from the sun and has an unnaturally hard ground.

The Animal Legal Defense Fund thanks the global law firm of Dentons US LLP for providing pro bono representation in the case.