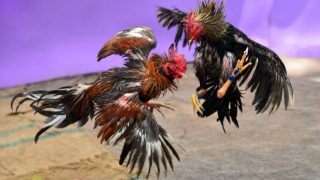 The Animal Welfare Act (“AWA”) is the name for United States Code Title 7 Chapter 54 “Transportation, Sale, and Handling of Certain Animals.” It is one of a handful of federal laws that provide very limited protections for animals. The AWA is enforced by the United States Department of Agriculture, Animal and Plant Health Inspection Service (“USDA APHIS”). 7 USC § 2156 prohibits animal fighting ventures that involve interstate or foreign commerce. That statute was amended in 2014 via Public Law 113-079, which added a prohibition against attending fighting events, and imposed an additional penalty for bringing minors to fighting events. The “interstate or foreign commerce” requirement gives the federal court jurisdiction over an activity otherwise regulated by the state.

“(a)(1) …it shall be unlawful for any person to knowingly sponsor or exhibit an animal in an animal fighting venture.”

The federal law known as the Animal Fighting Prohibition Enforcement Act of 2007 (effective May 3, 2007) amended the AWA 7 USC § 2156(e) and (i) to prohibit the interstate or foreign commerce of knives and gaffs used in cockfighting derbies. It also amended the criminal code to toughen the penalties for violations of the AWA related to animal fighting ventures. This law was enacted in the wake of the well-known Michael Vick case. Vick was actually prosecuted on federal conspiracy charges under 18 USC § 371.

In addition to amending state RICO laws (discussed above), the federal RICO Act could be amended to include any animal fighting activity as a predicate act. Such an amendment would provide for longer jail sentences for offenders, larger fines, and the forfeiture of the assets used in the illegal activity and the gains generated from the criminal enterprise. Also, federal prisons tend to be less crowded than state ones, allowing for more meaningful prison sentences.