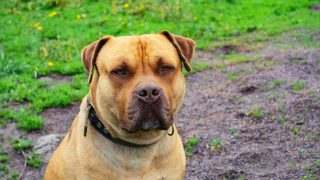 In 2016, the Animal Legal Defense Fund supported the Montreal SPCA in its efforts to overturn the city’s ban on “pit bull-type dogs.”

The ban was repealed in December 2017.

In 2016, Montreal enacted sweeping regulations on “pit bull-type dogs” in the city. The ban penalized any dog deemed a “pit bull-type” regardless of the individual dog’s behavior.

The new by-law, championed by then-mayor Denis Coderre in the wake of a fatal dog attack, made it illegal to adopt or otherwise acquire any dog identified as “a pit bull-type dog” within Montreal city limits. It prevented shelters from placing these dogs through adoption.

The Animal Legal Defense Fund opposes breed-discriminatory laws like the one passed by Montreal — and the similar laws in effect in hundreds of communities across the United States, as well. These laws are often passed in the immediate wake of one tragic event.

But “breed specific legislation” like Montreal’s have been shown to be wholly ineffective at reducing dog bites or increasing public safety. Laws that are breed-neutral and focus on individual animal and guardian behavior allow communities to address dangerous dogs effectively.

The Montreal SPCA’s work wasn’t done. The organization sponsored a petition to block province-wide legislation that would give the Quebec government authority to ban specific dog breeds.