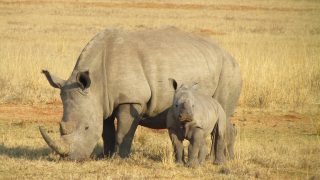 An Act Preventing Trafficking in Ivory and Rhino Horns (S.496)

Restricts the sale of ivory and rhino horn in Massachusetts.

Despite increased education about the devastating impact of poaching on elephants and rhinos, the illegal ivory trade has doubled since 2007 globally. Elephants and rhinos killed for their tusks and horns are often chased and then shot with military-grade weapons. Their faces are mutilated to harvest the tusks and horns, sometimes while the animal is still alive.

Though the federal government enacted a near-total ban on commercial elephant ivory trade three years ago, it doesn’t regulate trade within a state (it only impacts import into the U.S. and trade between states). An Act Preventing Trafficking in Ivory and Rhino Horns, S.496, sponsored by Senator Jason Lewis and Representative Lori Ehrlich, would close that loophole in Massachusetts. The bill restricts the sale, trade, and distribution of ivory and rhino horn.

It is supported by Ivory Free Massachusetts, a coalition of animal protection and wildlife conservation groups, including the Animal Legal Defense Fund. Learn more about the bill on the coalition website. 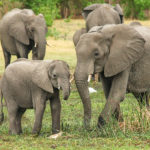 Ask your state legislators to support a bill that would restrict the sale, trade, and distribution of ivory and rhino horn in the Massachusetts.

If you live in Massachusetts, take action and urge your state senator to support this bill. The Ivory Bill has been released from its initial committee and referred to the Senate Committee on Ways and Means. Calling your state senator can help keep up the momentum.