The agency that oversees the care and conditions of animals in research facilities said it wouldn’t outsource AWA inspections to private organizations after facing public outcry against the proposal. Then it implemented such a policy in secret.

USDA's response to complaint due 7/1

In response to a secret policy of the U.S. Department of Agriculture (USDA) that imperils countless animals in laboratories, the Animal Legal Defense Fund and Rise for Animals filed a lawsuit against the agency in April 2022, represented by Harvard Law School’s Animal Law & Policy Clinic.

Under the secret policy, the USDA only conducts partial inspections of laboratories accredited by the Association for Assessment and Accreditation of Laboratory Animal Care (AAALAC International), a private organization dominated by the animal research industry.

Details of the policy were discovered in records obtained through the Freedom of Information Act (FOIA). The records revealed a policy change made behind closed doors — despite public opposition and after the USDA had publicly stated that it wouldn’t relax its inspection frequency based on inspections or certifications done by private entities.

Under this secret policy, the USDA is failing in its duty to conduct thorough annual inspections of numerous animal research facilities regulated under the federal Animal Welfare Act (AWA). This failure jeopardizes the animals’ well-being and hinders the ability of animal protection organizations to advocate on their behalf.

The lawsuit seeks to have the secret inspection policy declared unlawful, and a return to the USDA’s previous policy of conducting full annual inspections of all AWA-regulated animal research facilities. 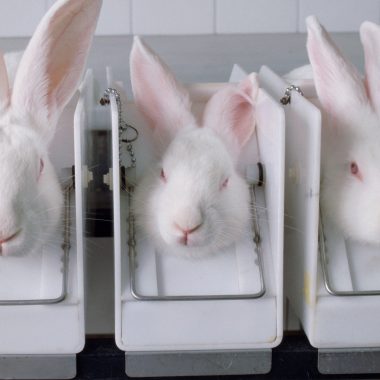 But in 2018, the USDA proposed a change in policy — seeking to less thoroughly inspect facilities that have obtained a voluntary accreditation from private third-party organizations that are typically dominated by industry advocates.

When the USDA initially proposed this change in 2018, it requested public comment — and the opposition it received was overwhelming. The agency publicly changed course and announced that it would not “recogniz[e] third-party inspection and certification programs when determining the Agency’s own inspection frequency under the Animal Welfare Act.” But privately, the following year, it made such a change to recognize AAALAC’s third-party accreditation in determining how often it completes a full inspection of regulated research facilities.

Because many USDA-regulated research facilities are also AAALAC-accredited, the secret policy affects a large number of AWA-protected animals in U.S. laboratories.

In 2019, the records show, the USDA’s Animal and Plant Health Inspection Service (APHIS) issued secret guidance to its animal-care inspectors, instructing them to conduct only partial “focused inspections” of AAALAC-accredited facilities.

In these “focused inspections,” inspectors examine only one aspect of the laboratory — either its facilities, recordkeeping, the animals themselves, or a sample of any of these aspects — meaning that the well-being of the animals themselves could be overlooked entirely, potentially for years at a time. The secret policy requires USDA inspectors to conduct focused, rather than full, inspections of AAALAC-accredited facilities — unless the facilities themselves request a full inspection. Further, it prohibits USDA inspectors from requesting proof of AAALAC accreditation or even asking about a facility’s accreditation status.

It’s clear that AAALAC accreditation is no substitute for full USDA inspections. AAALAC itself claims that its “entire [accreditation] process is completely confidential,” meaning that the public is given no insight into the way its site visits are conducted or the documentation produced. The organization has its own standards for accreditation, which differ from the standards of the AWA. Research facilities pay an annual fee to be accredited by AAALAC — and when they’re found to be deficient, they’re able to maintain their accreditation for two years or more before correcting the deficiency. The organization does not report the results of its “site visits” to the USDA and assures research facilities that its documentation is not subject to FOIA. Site visits from AAALAC are conducted only once every three years, and even facilities that are “on probation” for deficiencies can remain in good standing with the organization. 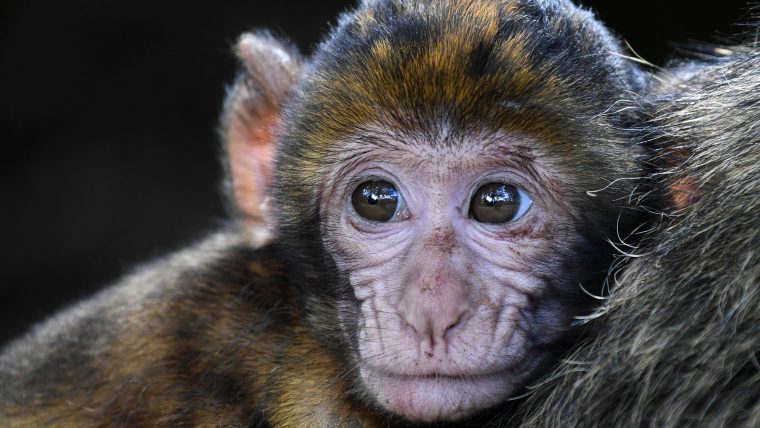 Fighting to Protect Primates in Laboratories

The Animal Legal Defense Fund has fought for decades to protect animals used in research, and this lawsuit is informed by our earlier litigation and regulatory work.

In July 2020, with coalition partners and represented by the Harvard Clinic, we sued the USDA over its failure to protect nonhuman primates used in biomedical research. The lawsuit followed the USDA’s denial of the coalition’s earlier legal petition on the same issue. In its written denial of the petition, the USDA asserted that its inspectors “examine and document all areas of care and treatment that are covered under the AWA … The inspector also observes the regulated animals; inspects the facilities, including enclosure or housing materials space, and records.” Notably, this description indicates a full, rather than “focused,” inspection.

Shortly after the primate enrichment lawsuit was filed, our coalition sought relevant public records under FOIA. When the USDA failed to respond, we took the agency to court. The public records obtained as a result included details on the secret inspection policy.

“The USDA has deliberately concealed a policy that allows the agency to thwart the AWA at the expense of the animals that the law was put in place to protect,” says Animal Legal Defense Fund Executive Director Stephen Wells. “It’s unacceptable for the USDA to outsource its responsibility to an industry association.”

Who is being sued, why, and under what law: The U.S. Department of Agriculture (USDA) is being sued for implementing a secret policy that puts animals in research facilities at risk of inhumane treatment without proper oversight. This is in direct opposition to the plain language of the Animal Welfare Act (AWA).

The lawsuit argues that the policy change was made in an arbitrary and capricious way and violates the AWA. The public overwhelmingly disapproves of outsourcing regulatory oversight to private institutions, as the agency well knew. As a result of the new policy, the USDA no longer knows whether facilities it is statutorily required to inspect actually comply with the law.

This lawsuit is brought under the Administrative Procedure Act, a law that governs how federal agencies can enact and administer regulations, and other aspects of the ways in which they operate.

What court is the lawsuit filed in: The U.S. District Court for the District of Maryland.

Why this case is important: Laws are only as good as their enforcement. The AWA is a bedrock U.S. animal protection law, and the USDA is tasked with enforcing it. By deferring to an industry-dominated third party, the USDA is shirking its duty — and endangering the very animals it is charged with protecting.

In the decades since the AWA’s passage in 1966, the law has been revised by Congress to protect additional animals used in other industries — but the law was originally designed to protect animals used in research. Indeed, as one senator noted in 1966, “the shocking failure of self-policing by the medical community” was a major reason for enacting the law.

While the AWA does not protect all animals in laboratories — animals such as mice, rats, reptiles, and birds used in research are excluded — Congress was clear in its intention to protect animals such as dogs, cats, rabbits, and nonhuman primates. The USDA has a responsibility to protect these animals, and its failure to properly enforce the AWA by conducting thorough annual inspections of AWA-regulated laboratories violates the law. The Animal Legal Defense Fund is committed to holding government agencies accountable and ensuring that animal protection laws are properly enforced.

Ask your federal lawmakers to support and co-sponsor the Humane Cosmetics Act.