The Animal Legal Defense Fund filed a lawsuit against a Southern California dairy following an undercover investigation that documented severe and repeated abuse of cows and calves.

On September 30, 2020, the Animal Legal Defense Fund filed a lawsuit against the Dick Van Dam Dairy in San Jacinto, California, for violating California animal cruelty laws and the San Jacinto Municipal Code through the dairy’s cruel and neglectful treatment of cows and calves.

An undercover investigation by Animal Outlook found severe and pervasive animal abuse by dairy employees, including workers kicking and punching cows; jabbing cows in the faces, legs, and udders with splintered wooden canes and metal bars; twisting cows’ tails so hard that the bones broke; poking fingers in cows’ eyes; slamming cows with metal gates; leaving ailing newborn calves to die without making any attempt to provide care, then allowing their bodies to decompose alongside living cows; and abusing “downed” cows – those too sick, weak, or injured to stand. Cows were documented to have injured or infected udders that leaked pus and even left milk pink with blood, necessitating that the dairy discard it.

The Dick Van Dam Dairy is a supplier for Dairy Farmers of America, which produces dairy products including the brands DairyPure – sold at Target stores nationwide – and TruMoo.

The lawsuit, filed together with the Southern California firm Talkov Law Corp. on behalf of Caru SPCA, seeks to have the Dick Van Dam Dairy shut down, and to bar the defendants from possessing or working with animals in the future.

The Animal Legal Defense Fund is asking Target to drop Dairy Farmers of America products, including DairyPure and TruMoo, until it can verify the relationship with Dick Van Dam Dairy has been permanently terminated and Target’s own inspectors confirm products comply with its animal welfare standards. We’ve even offered to assist Target in carrying out its investigation. Read the letter >

Who is being sued and why? The Dick Van Dam Dairy, as well as its owners and supervisors, are being sued in response to repeated acts of cruelty documented during an undercover investigation. The dairy is located in Riverside County, California, and the lawsuit was filed in the California Superior Court for Riverside County.

Under what law(s) are they being sued? The defendants are being sued under California state animal cruelty laws and the San Jacinto Municipal Code. California’s animal cruelty laws prohibit, among other things, the “abuse,” “torment,” or “torture,” of animals – defining those words to include every act, omission, or neglect that causes or permits any unnecessary or unjustifiable physical pain or suffering.

Why is this case important? Farmed animals like those in this case are among the most commonly abused, and least protected, animals on earth. Despite the scope and severity of the suffering they endure, these sensitive, intelligent animals are commonly exempted from laws that protect other animals.

While cows and calves in the dairy industry face routine and rampant cruelty, the vast majority of this abuse takes place outside the public’s view on factory farms. To keep consumers from learning the truth about factory-farm abuses, the animal agriculture industry has pushed for Ag-Gag laws that penalize whistleblowers and undercover activists who seek to document cruelty. The Animal Legal Defense Fund has taken on these unconstitutional laws as they’ve cropped up in multiple states across the country, achieving key victories in Utah, Idaho, Kansas, Iowa, and North Carolina. (No such law exists in California, where this investigation took place.)

Undercover documentation of cruelty to farmed animals, like the footage obtained during this investigation, is invaluable in helping the public understand the cruelty that farmed animals face – and, as in this case, it can be used to directly improve animals’ lives. By seeking to shut down the Dick Van Dam Dairy and bar the defendants from future possession or work with animals, this lawsuit has the potential to save untold thousands of animals from cruelty. 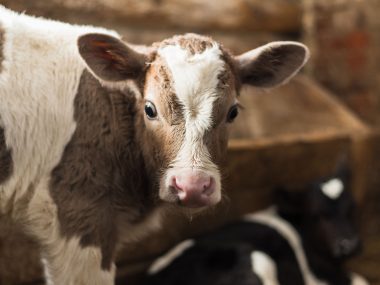 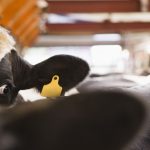 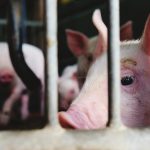