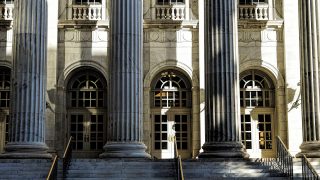 Your Experience and Knowledge May Qualify You as an Expert Witness

When Belinda Lewis, director of Fort Wayne Animal Care and Control, met with the prosecutor assigned to a big felony dogfighting case, he started by asking her some pointed questions about her background. “Then he said, ‘Okay, I think we just qualified you as an expert witness,’ ” says Lewis. “[He] told me he was taking into account my degree background, my professional employment background, my number of years experience with these types of cases, and the fact I was teaching [about dogfighting].”

Surprised? Some legal eagles might raise an eyebrow at the idea of putting an animal cruelty investigator on the stand as an expert witness–a role that’s traditionally been reserved for a veterinarian. But having a Ph.D., M.D., or D.V.M. after your name isn’t the only way to qualify to be an expert witness.

The federal rules of evidence, which govern the introduction of evidence in proceedings in federal court, state that an individual can qualify as an expert witness based on her knowledge, skill, experience, training, or education, says Scott A. Heiser, senior attorney and director of the criminal justice program for the Animal Legal Defense Fund. “So, for example, if I’ve got an animal cruelty investigator who’s investigated 500 dogfighting operations from racketeering all the way down to the impromptu street gambling dogfights, and they’ve testified in 15 jurisdictions, I’m going to be hard-pressed to find anyone who’s got any more experience on dogfighting than that witness,” he says. And the rules of evidence do not disqualify a person from testifying as an expert simply because the individual is involved in the actual case investigation and may also be offering basic “fact” testimony, adds Heiser.

So who decides whether an individual is qualified to be an expert witness? It varies by state, depending on rules of evidence and rules of discovery (the term for the court-governed pre-trial process in which each party tries to obtain relevant information about the other party’s evidence.). “The court will determine whether or not the prosecutor has laid a sufficient foundation for that witness to testify about matters within the purview of an expert witness,” says Heiser. “The judge has the ultimate say.”

In many cases, your qualifications may be immediately apparent to the judge. Lewis was surprised by how quickly her skills and knowledge were identified. “Walking in that day,” says Lewis, “I would never have considered myself an expert and never had testified as an expert before. But the judge and the prosecutor both felt that it was valid and it was never questioned.”

But not all cruelty investigators are qualified to be expert witnesses, says Pat Bucher, a retired Maryland State Police captain and instructor in criminal investigation and courtroom procedures at the East Coast Animal Control Academy in Westminster, Md. “The bar is substantially raised in order to be an expert witness,” he says. “You’ve got to show a substantial amount of training, you’ve got to show educational background. You have to satisfy the determination of the presiding judge, and that is not an easy task.”

Could you be considered an expert witness? The answer varies, depending on your background and the particulars of a case. “If the issue is fingerprint identification to prove who perpetrated the crime, then it is unlikely that most animal cruelty investigators will have the requisite training and/or experience to qualify as an expert here,” says Heiser. “If, however, the issue is how long it typically takes a dog to die from dehydration, then many animal cruelty investigators will likely qualify. … In short, it depends on the issue.”

It is still uncommon for animal cruelty investigators to serve as expert witnesses, but if you or someone in your agency has the right combination of education, experience, and training, talk with prosecutors about the possibility of taking the stand.

Even if you don’t think your background qualifies you, it’s always smart to talk with prosecutors about the importance of finding expert witnesses to testify on the many issues that typically come up during a case, such as cause of death, duration of suffering, and any inconsistencies in the observed injuries and the defendant’s explanation. All too often, Heiser says, prosecutors are so busy managing crushing caseloads that they haven’t even considered presenting an animal abuse case with that much detail or preparation.