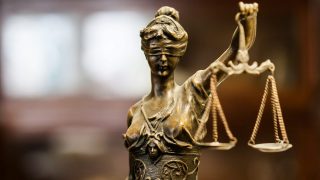 A: There are many reasons why a prosecutor may choose not to pursue criminal cruelty charges, even when it appears to us that the perpetrator is obviously guilty.

First, many courts are under-funded and overwhelmed with cases and some prosecutors are forced to work on cases they feel they can win. If animals are a low priority to them, they may choose to disregard some or all animal abuse cases.

Another reason may be that the prosecutors are inexperienced, or just new to prosecuting animal abuse cases. They may not know that the Animal Legal Defense Fund is available to help or may be reluctant to ask for help.

An additional reason is that the case may simply lack the evidence needed to prove, beyond a reasonable doubt, that the perpetrator is guilty. Prosecutors are bound by oath to professional rules of conduct which require them to refrain from filing criminal charges in any case not properly supported by probable cause.

However, poorer jurisdictions may not have the money or resources to do so. If it is truly impossible to obtain the evidence, then there is nothing a prosecutor can do.

What can you do?

Call or write your local prosecutor’s office and demand that all animal abusers be charged appropriately and that they be given the maximum sentence possible under the laws of your state, with mandatory psychological treatment. Mention that when the next election rolls around, you will be voting for the most animal-friendly candidate.

Also consider writing letters to the editor of your local newspaper about this issue.