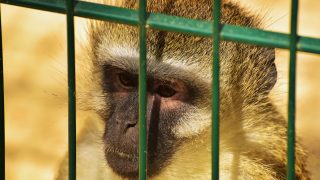 Today, the Animal Legal Defense Fund (ALDF) filed its final brief in support of its motion for summary judgment in a case that has pitted animal welfare and public records advocates against the University of Wisconsin-Madison (UW). Last October, ALDF sued the University for refusing to disclose to ALDF the full public records from federally-mandated animal welfare oversight committees that reviewed and approved a controversial “maternal deprivation” research protocol on infant primates. Such research proposed to take newborn rhesus macaque monkeys away from their mothers, subject them to frightening and anxiety-inducing stressors including live snakes, and inflict a battery of invasive tests and procedures before killing them by the age of two.

Over a year after ALDF filed its case, UW remains obstinate in its refusal to allow public access to these records concerning taxpayer-funded research, while its arbitrary records withholding policy has already inflicted irreparable harm to the public interest. Indeed, as ALDF learned last spring, UW previously destroyed pages and pages of documents that ALDF had sought concerning the maternal deprivation research. ALDF filed an amended complaint seeking more documents last May, but significant damage has already been done. If UW has its way, the public will never be able to exercise its right of government oversight, protected by the public records law, to know the extent of the oversight committees’ discussion leading to its approval of such highly controversial research on infant monkeys.

Meanwhile, details about the experiments remain murkier than ever. In March of this year, UW alleged that the research design was changed to remove the maternal deprivation element (previously its central feature), but ALDF has seen no independent confirmation of this assertion. UW has now attempted to stymie ALDF from learning about this change by delaying its response to ALDF’s renewed records request for seven months, and proposing to charge an outrageous sum (over $12,000) to search for and disclose relevant records.

UW’s continual attempts to shift the playing field—about what is happening to the baby monkeys, and about what documents are at issue in ALDF’s public records case—is little more than a smokescreen. ALDF will not rest until it gets to the bottom of what UW is doing to baby monkeys in the name of “science,” and until the court has set the University straight on the public’s right to obtain the complete records of this taxpayer-funded animal research.