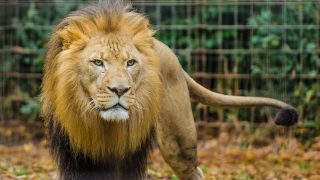 WASHINGTON D.C. — The Animal Legal Defense Fund and CompassionWorks International announced that following their petition for rulemaking to the U.S. Department of Agriculture’s (USDA) Animal and Plant Health Inspection Service (APHIS), the agency has acknowledged the risk of “inaccuracies or deficiencies” in tracking of animal deaths at AWA-licensed facilities and will revise their forms so facilities can keep more complete records of all animal deaths that occur. The petition, filed in September 2022, urged the USDA to issue a rule under the AWA that would clarify the requirement of licensees to record all instances of animal mortality occurring to animals in their possession by explicitly stating the requirement and defining the terms “disposed” and “disposal.”

AWA-licensed dealers and exhibitors are required to maintain records regarding all animals in their possession who are “disposed” of, including the date of disposal, and also required to record instances of euthanasia. The petition requested a clarification to the regulations to indicate that all animal deaths, and not only deaths from euthanasia, do fall under the term “disposal.” Without such a clarification, licensees could use the undefined term of “disposal” to their advantage and decline to report animal deaths resulting from potential AWA violations, which in turn will go unnoticed and uninvestigated by the USDA.

“AWA licensees can’t be properly regulated and monitored to ensure they are keeping up with required standards without the USDA having an accurate depiction of the animals who live and die at their facilities,” says Animal Legal Defense Fund Executive Director Stephen Wells. “This improvement in record-keeping is critical so licensed facilities can no longer fail to keep comprehensive records of all animals who die at their facilities, regardless of how the deaths occurred.”

The Animal Legal Defense Fund only learned of the deaths of multiple animals at AWA-licensed facilities — some of them missing — through the litigation process. Some examples include:

Animal deaths can be emblematic of a lack of proper veterinary care and oversight at a facility. For example, deaths can indicate contagious disease, ongoing abuse, or improper diet. Mandatory mortality recordkeeping can help the USDA with opportunities for early detection and intervention to protect the welfare of animals at facilities it regulates, furthering the purpose of the AWA. 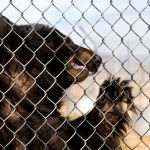 United States: Demand Accountability and Oversight from the USDA