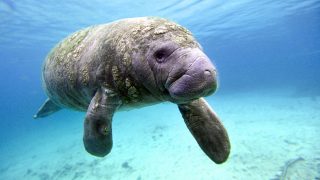 Over the summer, the Trump administration announced distressing changes to the Endangered Species Act (ESA) – severely weakening one of our nation’s most important animal protection laws. Wildlife is disappearing at a rapid rate – now more than ever we need strong and effective laws protecting some of the Earth’s most vulnerable residents.

The PAW and FIN ACT would reverse these disastrous rollbacks. Please ask your federal senators and representative to co-sponsor the PAW and FIN Act (H.R. 4348/S.2491) and restore the ESA today.

The ESA has prevented the extinction of numerous iconic American animals including the northern gray wolf, the bald eagle, the Florida manatee, and the grizzly bear. It has also provided critical protections for the many endangered wild animals – from tigers to lions to lemurs – languishing in captivity across our country.

Over the years, the ESA has faced many challenges, including attacks led by major industries that place profit over animals’ lives and habitat protection. Don’t let corporations profit while animals suffer – ask Congress to support the PAW and FIN Act.