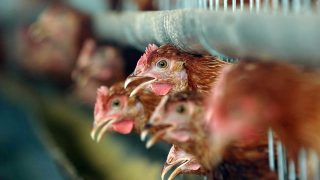 MODESTO, Calif. — Today the Animal Legal Defense Fund filed a lawsuit against the City of Livingston for violating the California Public Records Act by unlawfully withholding records about water usage at a Foster Farms slaughterhouse and processing plant.

Foster Farms operates a slaughterhouse and poultry processing plant in Livingston, California that uses vast quantities of city water. The Animal Legal Defense Fund, a national organization that protects animals through the legal system, requested records from Livingston to investigate Foster Farms’ water usage during the severe and ongoing California drought, but the city refused to provide the records.

The California Public Records Act requires utility usage data to be disclosed if doing so is in the public interest. The lawsuit filed today contends that Foster Farms’ water usage is indeed a matter of public interest because the Foster Farms facility uses two-thirds of the city’s water by some accounts, and the state is in the middle of a severe drought.

“Livingston residents have been asked to cut back on their personal water usage, but there is no evidence that Foster Farms has done the same,” said Stephen Wells, executive director of the Animal Legal Defense Fund. “This is a social justice issue as much as it is an environmental and animal welfare one.”

To compare, Nestlé, which has received intense criticism for bottling water in California during the droughts, uses 705 million gallons of water per year for all five of its bottled water operations combined throughout the entire state of California. Foster Farms uses more than twice as much water for a single plant in one city.