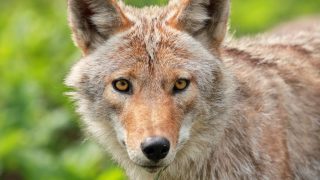 On July 20, 2018 the Animal Legal Defense Fund celebrated its latest win for wildlife in California as Shasta County officials announced the county would suspend its contract with the notorious federal wildlife-killing program known as Wildlife Services. The county’s decision came after a coalition of animal protection and conservation groups led by the Animal Legal Defense Fund filed a notice of intent to sue Shasta County in June for violating the California Environmental Quality Act.

Shasta County’s previous contract authorized the U.S. Department of Agriculture’s Wildlife Services program to kill hundreds of bears and coyotes, as well as thousands of birds and muskrats and other animals in the county every year, without assessing the ecological damage or considering alternatives.

Over the past two years, Wildlife Services has killed 72,385 animals in Shasta County using traps, snares and firearms. The agency’s methods also killed non-targeted species — including dogs — and threatened and endangered species, such as the tricolored blackbird who flock together with targeted birds and could be accidentally killed. Nationwide, Wildlife Services killed more than 2.3 million animals just in 2017, with more than 1.3 million of those being native species like wolves, coyotes, bears, river otters, beavers, and bears. Peer-reviewed research shows that such indiscriminate killing of wild animals results in broad ecological destruction and loss of biodiversity.

The Animal Legal Defense Fund hopes Shasta County officials will now explore nonlethal options to address native wildlife, which are more cost effective, humane, and has proven to work in other counties in California.