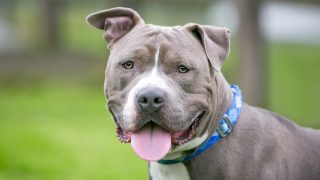 This action is for Michigan residents only.

Breed-discriminatory laws — laws that are based on a dog’s breed or appearance instead of her behavior — hurt dogs and their families. The Michigan legislature is considering a bill, HB 4035, that would ban breed-discriminatory legislation in municipalities across the state.

Though intended to increase public safety, breed-discriminatory laws actually make communities more dangerous because they are ineffective and expensive to enforce. Trying to determine a dog’s breed based on appearance is close to impossible. Many of these laws are also aimed at dogs characterized as “pit bulls,” which is not a breed at all.  Heartbreakingly, these policies result in families being forced to give up their beloved companions, further taxing local shelters’ already limited resources.

The most effective animal control laws focus on a dog’s behavior, as well as the behavior of her caregiver. Breed discrimination is cruel and not grounded in science. It’s time for Michigan to become the 23rd state in the nation to end breed discrimination.