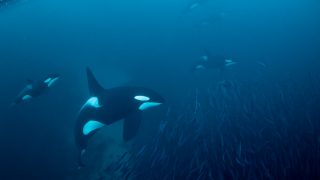 Joshua Horwitz – War of the Whales

When science author Joshua Horwitz first came across a lawsuit filed by an environmental lawyer against the U.S. Navy, he knew he had a found an untold story. That story has become a brand new book (from Simon & Schuster) called The War of the Whales—which this week won the 2015 PEN Literary Award for Science Writing. As he explains, the “war of the whales” refers to the conflict between the safety of marine life and the Navy’s use of lethal sonar training exercises that impact the ocean’s animals for hundreds of miles.

The clash of national security with animal and environmental advocacy makes this book a compelling narrative, and it is a story that continues in the courtroom today with the Animal Legal Defense Fund’s lawsuit (along with the Natural Resources Defense Council) against the U.S. Navy. Horwitz explains, “Number one, all of the lawsuits—including the current one that ALDF is party to—all they want to do is limit peace-time training and exercises. In a war situation… obviously the Navy needs to protect its people and protect the country. However, whales and dolphins shouldn’t have to die for practice. You don’t need to train in known marine habitats. That’s the position of NRDC and ALDF in this, and it’s a self-evident position.”

War of the Whales follows two very different advocates for whales: NRDC senior attorney Joel Reynolds and Navy veteran and whale researcher Ken Balcomb. Because of the secrecy inherent to military procedures, naval sonar expert Ken Balcomb provides valuable insights into Navy operations. Together, Balcomb and Reynolds brought forth a lawsuit in the 1990s to compel the Navy to tell the truth about acoustic warfare activities and the impact these tests have on marine life. A lower court ruled against the Navy, but the Bush administration overturned that decision by executive order, claiming national security issues were at stake. NRDC did not give up, and that case reached the Supreme Court in 2008. The higher court ruled that protection of the public interest came from “securing the strongest military defense rather than in enforcing marine mammal protection.” However, the case invoked further comprehensive environmental research on the topic. Thanks to NRDC’s lawsuit, such studies are required and often funded by the Office of Naval Research.

Along with the NRDC, the Animal Legal Defense Fund is currently involved with a similar lawsuit against the U.S. Navy for amplifying its sonar testing program. ALDF and NRDC allege that the National Marine Fisheries Service (NMFS) illegally granted the Navy permission to harm marine mammals nearly ten million times off the coast of southern California and Hawaii during the 2013-2018 “training” period. In the Navy’s own environmental review, the Navy estimates that its activities will cause 9.6 million “takes” (or harms), including thousands of instances of permanent hearing loss as well as temporary hearing loss for millions of dolphins and whales, including beaked whales and endangered blue whales. This is more than a 1000% increase from the previous five year period—which was already under question by environmental and animal advocates in the lawsuit featured in War of the Whales.

The public is growing increasingly aware of issues that affect whales and orcas–from the environmental issues presented in War of the Whales to the issues of captivity raised in the documentary film Blackfish. Horwitz says “My biggest hope for the book is that general readers will become aware of how their tax dollars are being spent in ways that threaten endangered species like whales and other marine mammals—and to activate through organizations like ALDF.”

Joshua Horwitz has worked for decades with humane, environmental, and animal groups—including ALDF—and he is cofounder and publisher of Living Planet Books. For more information, visit warofthewhales.com. War of the Whales comes out today, July 1.