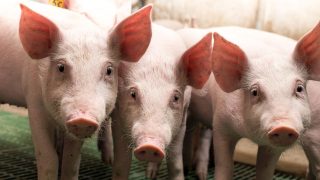 Des Moines, IA — The U.S. District Court for the Southern District of Iowa ruled Iowa’s latest Ag-Gag law is unconstitutional, holding that the law — which created a new crime of trespassing to engage in video and audio recording — violates the First Amendment. The law gagged free speech by criminalizing undercover investigations at animal facilities, deterring the exposure of animal cruelty, unsafe working conditions, and food safety threats in such facilities.

Iowa’s Ag-Gag laws are designed to criminalize investigations at factory farms, slaughterhouses, and puppy mills. The first law, passed in 2012, was struck down by the district court in 2019; the Eighth Circuit Court of Appeals later affirmed that parts of the law were unconstitutional. After Iowa passed a second Ag-Gag law, the Animal Legal Defense Fund and a coalition of animal protection and public interest organizations brought another constitutional challenge and struck that law down in the district court, as well. That law is currently under review at the Eighth Circuit Court of Appeals.

While the previous two Ag-Gag laws in Iowa targeted the ways investigators gain access and employment at industrial agriculture facilities, the law challenged in this lawsuit created a unique crime to deter investigations and public advocacy. The law allowed for increased penalties for recording while trespassing, even in public places and locations advocates have long used for public advocacy, such as in open areas of legislators’ offices and parts of businesses in which other members of the public regularly frequent.

“It is past time for the animal agriculture industry to acknowledge that consumers do not want to support an industry that is cruel to animals — and Iowa cannot infringe on our constitutional rights in order to hide abuse,” says Animal Legal Defense Fund Executive Director Stephen Wells. “The state of Iowa continues to fail in its efforts to prohibit whistleblowers and undercover investigators from exposing the inhumane treatment of animals, worker safety concerns, and food-safety issues in factory farms and slaughterhouses.”

“The ability to investigate and document how our food is made is critical in ensuring a just and transparent food system that holds companies and government institutions accountable,” says Public Justice Food Project Litigation Director David Muraskin. “This victory is important for Iowa workers who are placed in dangerous and unsafe workplace conditions and are now protected under the First Amendment to record evidence of these practices.”

For more than a century, the public has relied on undercover investigations to expose illegal and cruel practices on factory farms and in slaughterhouses. No federal laws govern the condition in which farmed animals are raised for food, and laws addressing slaughter and transport are laxly enforced. Undercover investigations are the primary avenue through which the public receives information about animal agriculture operations.

This was the ninth lawsuit challenging state Ag-Gag laws around the country, including from Iowa. In addition to the challenges to the three Iowa laws, earlier lawsuits have resulted in courts striking down similar laws in North Carolina, Kansas, Idaho, Utah, and Wyoming. A challenge to the Arkansas Ag-Gag law is currently pending in the district court, and appeals of district court decisions striking down North Carolina’s and Iowa’s second laws are awaiting decisions by the Fourth and Eighth Circuit Courts of Appeals, respectively.