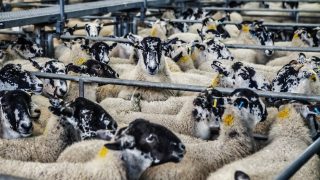 Today Judge B. Lynn Winmill issued the final judgment declaring Idaho’s Ag-Gag law unconstitutional and enjoining the state from enforcing the law. The judgment comes as the result of a ground-breaking lawsuit filed by the Animal Legal Defense Fund, alongside a broad-based public interest coalition of advocates for animals, workers, journalists, the environment, and consumers.

In August, Judge Winmill issued a 29-page written opinion, which held that the Ag-Gag statute was unconstitutional because it violated the First Amendment’s guarantee of freedom of speech, as well as the Fourteenth Amendment’s guarantee of equal protection under the law. Judge Winmill observed that if the Ag-Gag law were allowed to stand, “The effect of the statute will be to suppress speech by undercover investigators and whistleblowers concerning topics of great public importance: the safety of the public food supply, the safety of agricultural workers, the treatment and health of farm animals, and the impact of business activities on the environment.”

Today’s judgment gives legal effect to the August opinion by formally declaring the Ag-Gag statute unconstitutional and permanently enjoining and prohibiting the state from enforcing the statute.

As of today, undercover investigations at agricultural facilities in Idaho are once again legal. These investigations reveal the routine animal suffering inherent in the production of animal products and shine a light on an industry shrouded in secrecy.