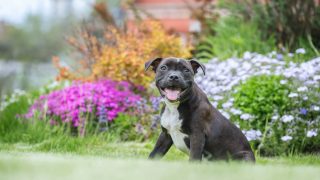 “My cat is my home. He is my family.” – Victoria renter quoted in The Guardian

The Australian state of Victoria has enacted important legislation to prohibit landlords from banning companion animals in rental housing. While tenants must obtain consent from their landlord to have a companion animal, they cannot refuse the request without reasonable cause. Victoria is Australia’s most densely populated state and is home to Melbourne, its second-largest city.

Victorians will no longer be forced to choose between the pet they love and a place to live, thanks to the Andrews Labor Government’s historic new laws coming into effect today. . . . Pets are part of what makes a house feel like a home for many Victorians. With more people renting now than ever before, it’s time to make this basic right accessible to all animal lovers across the state.

This legislation is important because blanket bans on companion animals in rental units — which are common — severely restrict access to housing, especially for lower income families and individuals. These policies contribute to the relinquishment of companion animals to shelter facilities where they face the stress of being separated from their families and may be killed if they are not adopted.

Under Victoria’s new law, which became effective March 2, 2020, tenants must request consent from their landlord to have a companion animal, but the landlord cannot “unreasonably refuse consent.” If a landlord wishes to deny the request, the onus is on them to apply to the Victorian Civil and Administrative Tribunal for a court order allowing them to refuse on reasonable grounds. If the landlord does not request a court hearing within 14 days of the request, consent is automatically granted to the tenant.

Prior to this legislation, landlords in Victoria had full discretion to deny tenants permission to have a companion animal. This is the current situation in the U.S. (with the exception of designated service animals under the Americans with Disabilities Act and “emotional support animals” under the Fair Housing Act).

Landlords in Victoria may still hold tenants financially responsible for any damages done to the rental property and set rules regarding noise and safety. In addition, renters and homeowners alike are still subject to the local regulations pertaining to the number and type of animals allowed in a dwelling. Landlords are also prohibited from charging an additional “pet bond” (or deposit).

A tenants’ rights organization led the sweeping rental reform campaign of which this law is part (“allowing animals to be kept in rented premises” tops the list of reforms on the government’s webpage).

The Importance of Animal-Friendly Housing

Access to rental housing is a top reason that companion animals are relinquished to shelter facilities. As reported in The Guardian, the Victoria RSPCA’s chief executive said that 547 animals were surrendered to their shelters in 2017-18 because their owners moved. Studies in the U.S. demonstrate similar findings about relinquishment of companion animals and access to housing.1

One study of an animal shelter in the midwestern U.S. found:

The majority had given up their pets solely because they were moving. Most had relatively low income, were moving for employment reasons, and were renting their homes. Landlord restrictions were an important factor in relinquishment. High scores on the bonding scale and spontaneous expressions of discomfort and sorrow suggest that external pressures overrode attachment to the animal and the pain of relinquishment. (Shore et al. 2003, p. 39)

To effectively reduce the number of companion animals surrendered to shelter facilities, and to keep multi-species families together, housing policies that do not discriminate against people who live with animals are key.

In the U.S., landlords have full discretion to ban companion animals from their rental properties.2 A notable exception is federally subsidized housing for elderly or disabled individuals, which as of 1983 are required to allow companion animals (with the exception of nursing homes3) and “may not discriminate against applicants or residents that own or keep a common household pet.”4

These legal protections are important — and signal the importance of this issue from a civil rights and policy perspective — but they currently only apply in the narrow circumstance of assisted housing for elderly or disabled people. They do not cover low-income subsidized housing generally or private landlords. However, a bill recently introduced in New Hampshire would change this. House Bill 1391 “prohibits discrimination in the sale, rental, or lease of housing against any person because he or she has an animal companion.” Additionally, according to the Concord Monitor:

The legislation would also not allow landlords to draw up rules based on the animal’s breed, size or appearance. But it would let them establish pet deposits for their tenants, mandate sterilizations of the animals, and impose rules around sanitation, noise control and safety.

In Oregon, House Bill 2683, which would prohibit landlords who allow companion animals from charging tenants additional rent or fees, was introduced in 2019 but did not receive a hearing. A co-sponsor of the bill, Rep. Tawna Sanchez, told KGW8:

Having been a biological parent, foster parent, and a pet parent, I can say children do more damage than pets and no one charges more for each kid. So why should people be required to pay additionally for a pet beyond an initial deposit?

Critics of Oregon’s proposed legislation who otherwise agreed with its sentiment worried the prohibition on “pet rent” alone (rather than banning “no pets” clauses entirely) would lead more landlords to refuse to allow companion animals outright.

In Massachusetts, Bill H.1038 would (with some exceptions) ban landlords from prohibiting “the keeping of certain types of dogs based on breed, weight, or size” in leases or rental agreements that regulate  occupancy of companion animals:

Similar to Oregon’s proposed legislation, Massachusetts’s does not go far enough and could have unintended consequences. Since it only prohibits breed and size discrimination in units that already allow dogs, more landlords may decide not to allow dogs at all (which is not prohibited by the current bill). While attempts to ban “pet rent” and breed and size discrimination are laudable, only legislation like that proposed in New Hampshire would truly protect the basic rights of those with companion animals when it comes to fair access to rental housing.

In Canada, the province of Ontario currently bans “no-pets” clauses in rental agreements6 and advocates in British Columbia have been working for years to institute similar legislation.7 According to Kelowna Now, the Ontario SPCA reports that only 6% of animals are surrendered due to housing reasons, compared to 25% in B.C.

Beyond Property: Animals as Family

Although many of us consider our companion animals to be family, the law still classifies them as property. This designation is problematic for many reasons, chief among them that it puts living, feeling beings in the same legal category as inanimate objects. In addition, this legal characterization creates barriers to accessible housing.

In the U.S., “familial status” is a protected class under the Fair Housing Act.8 This means that landlords cannot discriminate against potential tenants because they have children.9 They can, however, refuse to rent to a person who has companion animals. So, although as a culture we increasingly think of our companion animals as family members, the law is inconsistent at best in recognizing this relationship — with significant harmful consequences for both companion animals and the people who care for them.

Property and legal personhood are not mutually exclusive categories. Throughout much of history, children were considered the legal property of their parents. However, in practice, the property classification acts as an obstacle to enacting broader legal protections for companion animals and their caregivers.

Legislation like Victoria’s that remove barriers to rental housing for those who live with companion animals is important from a policy perspective. Bans on companion animals in rental housing make it particularly difficult for lower income individuals to responsibly care for themselves and their family, if that family includes an animal. Renters with animals are often forced into an impossible choice of putting a roof over their head or keeping their animal. This is a choice no one should have to make.

Blanket bans on companion animals and sweeping breed restrictions are ubiquitous in the U.S. and greatly narrow the pool of available housing options. Because of these policies, those who have companion animals often struggle to find suitable housing and frequently must compromise on quality, location, and safety (O’Reilly-Brown 2019). In addition, renters with animals are often forced to pay more, due to the common landlord practice of charging extra “pet rent” on top of damage deposits.

In her 2019 article, “When Fido is Family: How Landlord-Imposed Pet Bans Restrict Access to Housing,” O’Reilly-Jones argues that landlords are “unreasonably interfering with private family decisions.” She concludes that legislative intervention is necessary:

Accordingly, legislatures should amend federal and municipal laws to prohibit landlords from arbitrarily denying housing to pet-owning families. Short of this, governments should enact laws that encourage landlords to rent to families with pets, either by shifting liability for pets entirely to owners or by requiring insurance providers to insure pet-friendly buildings. While governments had little reason to interfere in private landlord policies regarding pets in the past, shifting cultural and economic realities now make government intervention necessary. Furthermore, governments grappling with human and animal homelessness will need to address landlord-imposed pet restrictions in order to make headway on their own public policy goals. (p. 471)

In her 2014 article, “Re-evaluating the Role of Companion Animals in the Era of the Aging Boomer,” Huss notes that a recommendation from the National White House Conference on Aging in 1981, addressing the problem of elderly people having to choose between affordable housing and their companion animals, framed it as a civil rights issue:

[T]he forced separation of older persons from their companion animals upon entering housing projects for the elderly inflicts immeasurable emotional suffering and often leads to severe psychological trauma and consequent mental and physical deterioration, including the loss of the will to live. The comfort of a companion animal is a civil right not to be denied to responsible pet owners.

This is the case across the board, not just for elderly individuals. And it is not only discriminatory rental housing policies that have a harmful effect. Domestic violence shelters, transitional housing, and facilities for people experiencing homelessness frequently prohibit companion animals. These policies force vulnerable people to choose between safe shelter and the animal who may be their only family.

The Animal Legal Defense Fund is fighting on multiple fronts to ensure the law recognizes animals are more than mere property. While there are areas where the law clearly distinguishes animals from other forms of property, there is much need for improvement. As the law continues to evolve, we can hope to see an increase in fair housing policies that — like Victoria’s new law — do not discriminate against people with companion animals, recognizing that to many Americans they are cherished family members, not expendable objects.