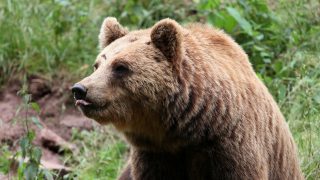 Madison, Wis. – Today the Animal Legal Defense Fund filed a lawsuit in federal court aiming to strike down a recently amended Wisconsin statute which bans photographing, videotaping, approaching or even “maintaining a visual or physical proximity” to a hunter. The organization argues the law unconstitutionally restricts free speech and violates the First Amendment.

Today’s lawsuit claims the law’s restrictions violate the First Amendment – the same constitutional rights two federal judges ruled had been violated by Idaho’s and Utah’s Ag-Gag statutes. Just like these Ag-Gag laws, the Wisconsin statute at issue in today’s lawsuit is unconstitutional for suppressing speech critical of animal exploitation.

“The First Amendment guarantees journalists and activists the right to record and distribute truthful information on important public issues, including the inhumane treatment of wildlife at the hands of hunters,” says Animal Legal Defense Fund Executive Director Stephen Wells. “This statute tramples those rights to protect those who would prefer to prey on animals in secrecy.”

The Animal Legal Defense Fund argues the statute’s purpose and effect is to suppress critics of hunting. In addition to criminal penalties, the law subjects violators to civil lawsuits brought by the hunters and trappers themselves.

The three plaintiffs in the lawsuit, represented by attorneys from the Animal Legal Defense Fund and a Milwaukee-based law firm, are Wisconsin residents who, as a documentarian, journalist and activist, rely on the types of monitoring the expanded statute now prohibits. The plaintiffs say hunters in the state have already been emboldened by the amended statute, leading to more frequent and aggressive confrontations.

Monitoring hunting activity provides vital information to the public, including evidence of trespassing on closed trails, use of illegal baits and traps and even illegal poaching of federally protected gray wolves. It also documents troubling conflicts between wolves and hunting dogs, especially dogs used by bear hunters. When hunters release dogs into wolf territory, high numbers of dog deaths result.

In retaliation, wolves are sometimes killed by hunters. Yet none of these issues would be known if not for the monitoring efforts of the plaintiffs.

One of the plaintiffs in the lawsuit, Joe Brown, is a filmmaker and educator based at Marquette University in Milwaukee. Brown’s current documentary work centers around a group called Wolf Patrol – a group of volunteers who work to monitor hunting in the United States. The Wisconsin law, with its prohibitions on filming and observing hunters, has directly impacted Brown’s work. More information about Brown’s upcoming film is at www.wolfpatrolfilm.com.

The Animal Legal Defense Fund is the nation’s preeminent legal advocacy organization for animals and has previously litigated to strike down Ag-Gag laws in Utah, Idaho, and North Carolina.

The Animal Legal Defense Fund thanks the law firm Laffey, Leitner, and Goode, LLC, for providing pro bono representation in the case.