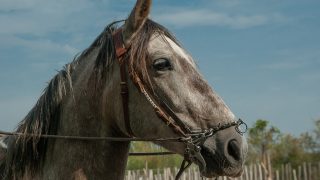 SALEM, Ore. — Today the Animal Legal Defense Fund petitioned the Oregon Supreme Court to review an Oregon Court of Appeals opinion affirming the dismissal of a lawsuit on behalf of an animal cruelty victim named Justice. The petition contends that animal cruelty victims like Justice have legal rights under Oregon’s anticruelty law with standing to sue their abuser for damages caused by the abuse. 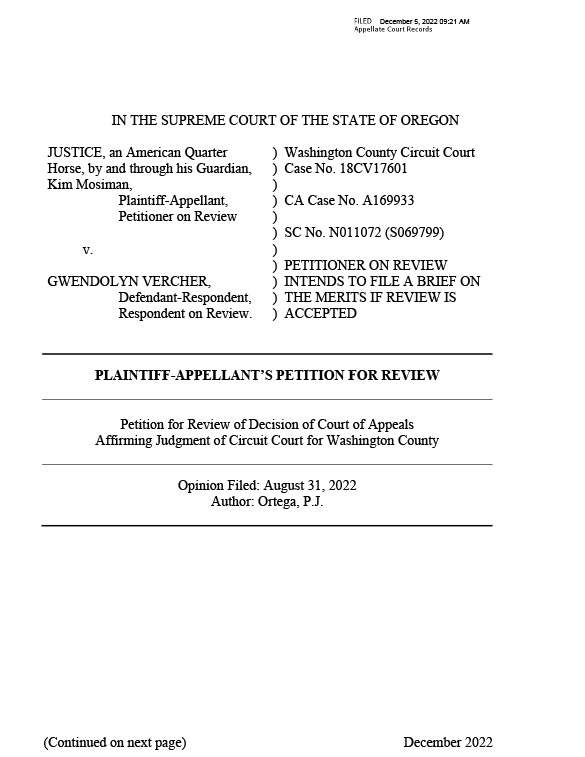 The original lawsuit was filed against Justice’s abuser, Gwendelyn Vercher, seeking to recover the costs of his care which are a direct result of criminal neglect.

“Appellate decisions from earlier cases held that animals are the victims of animal cruelty,” says Animal Legal Defense Fund Executive Director Stephen Wells. “Animals should be entitled to a civil remedy when someone violates their right not to be abused, as would any other victim.”

Justice’s abuser pled guilty to criminal animal neglect in 2017. The lawsuit seeks damages for Justice’s care since that time. Any funds awarded to Justice through the lawsuit would be placed in a legal trust established exclusively to provide for his wellbeing.

“Due to the pain and suffering Justice endured from his former abuser, he will require continued costly care for the rest of his life,” says Wells. “This case is grounded in established Oregon law as Justice is the clear victim of abuse. Justice’s former abuser, having already pled guilty to animal neglect must be held accountable for the ongoing trauma she caused him.”

Justice was cruelly neglected for months and endured tremendous pain and suffering. At the time of his rescue, he was extremely emaciated and suffered from frostbite, lice, and rain rot.

Justice was relinquished to Sound Equine Options, an Oregon nonprofit horse rescue and rehabilitation organization. His complicated needs are a barrier to finding a permanent home for him, a problem exacerbated by the significant costs of his care.

The Oregon legislature and courts have been leaders in recognizing that animals are sentient beings who occupy a unique position in the law. Oregon courts, for example, have already recognized that animals should be considered individual “victims” for sentencing purposes in criminal animal cruelty cases. As a “sentient being,” and a “victim” who suffered horrific pain, stress, and fear, Justice now deserves his day in court.

The Animal Legal Defense Fund thanks Matthew Liebman of the University of San Francisco’s Justice for Animals Program, Sarah Hanneken, Thomas Bode and Aly Sneider from Larkins Vacura Kayser LLP for their representation of Justice in this case.