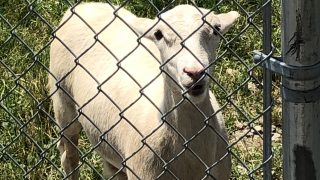 In 2018, on behalf of a neighbor who runs a produce stand near the backyard slaughter operations, the Animal Legal Defense Fund, the nation’s preeminent legal advocacy organization for animals, and Foley & Mansfield, Miami filed a nuisance lawsuit against the slaughter operations for violating state animal cruelty and slaughter laws. Exposed by animal protection organization Animal Recovery Mission, these operations tortured animals and endangered public health by illegally slaughtering the animals, including horses, in filthy conditions and then selling the meat for human consumption.

This victory not only protects the many animals who suffer in backyard slaughter operations but also marks one of the first times in the country where a private citizen presented violations of animal cruelty and humane slaughter laws to demonstrate that animal abusers are a public nuisance – and used a civil lawsuit to enjoin the violations.

Workers at operations have been documented stabbing squealing pigs and skinning animals while they are still kicking. Conscious animals, including pigs and goats, are dragged to slaughter by their heads, tails, and ears, often using large metal hooks.  The Florida Humane Slaughter Act mandates animals be unconscious or rendered insensitive to pain prior to slaughter. It also prohibits people from shackling or hoisting animals with the intent to kill without first rendering the animal insensitive to pain.

The animals confined at these operations, including horses and pigs, had been neglected and deprived of food, water, and veterinary care to the point that starving and thirsty animals lapped up the blood of others who had been recently slaughtered.

A copy of the judgment is available upon request.