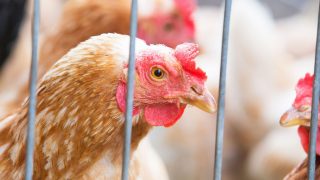 WASHINGTON, D.C.  – Today the Animal Legal Defense Fund announced that they reached an agreed-upon resolution in their lawsuit against Handsome Brook Farm on behalf of the Organic Consumers Association. The following is a statement from the parties:

The OCA’s action alleged that some of Handsome Brook Farm’s eggs labeled as “Pasture Raised” were, in fact, from producers not engaged in pasture-raising hens, and that some farms within Handsome Brook’s own farm network did not live up to its internal standards for pasture raising. Handsome Brook acknowledges shortcomings identified by OCA, including limited out-of-network purchases of organic eggs from producers in late 2015 and early 2016 that did not meet its pasture-raising criteria.

In the intervening period, Handsome Brook Farm has come under new management that has developed an internal auditing and supply chain management program and is committed to ensuring the origin and compliance of its “Pasture Raised” eggs. As part of this commitment, any future purchases of eggs from outside its own network will be from trusted partners who also meet American Humane Association standards for pasture-raised eggs.

OCA and Handsome Brook are pleased to have reached this resolution, which they believe will help bring greater uniformity of standards in the market for pasture-raised eggs and help achieve their goals of changing the food system to provide high-quality, humanely raised, and truthfully labeled food.