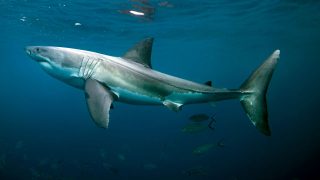 Limiting the sale, import, and export of shark fins

Tens of millions of sharks are killed annually for their fins. Their fins are cut off, usually while the shark is still alive, and then the animal is discarded back into the ocean to suffer a slow death. The shark either bleeds to death or drowns, no longer able to swim properly.

The Kristin Jacobs Ocean Conservation Act limits the sale, import, and export of shark fins with an exemption for commercial fishermen who currently hold federal permits to sell the fins of sharks they catch. The state will not recognize new permits moving forward. Additionally, the Florida Fish and Wildlife Conservation Commission will conduct a sustainability study on shark finning in Florida to assess whether other changes to the law are appropriate.

The Act helps ensure that Florida no longer supports or participates in the global shark fin trade, which is devastating shark populations around the world and leading to the extinction of many shark species.

The Animal Legal Defense Fund was part of the coalition of organizations supporting SB 680.