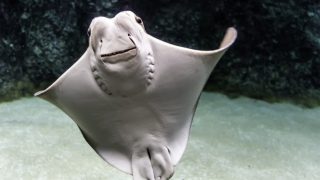 The Animal Legal Defense Fund was a member of a coalition supporting legislation to enact a moratorium on cownose ray killing contests in Maryland.

Every summer, cownose rays migrate from the waters off Florida to the Chesapeake Bay off the coast of Maryland, where they birth their young and breed. And every summer for many years, Maryland allowed people to hold cruel killing contests, where participants shot and killed these incredible animals as they engaged in their annual migration and breeding cycle.

Using bows and arrows, participants shot the rays from boats. The still-living rays were then dragged onto the boats where they were clubbed to death or left to suffocate. Since the contest was held in pupping season, contestants frequently killed newborns alongside adults. Pregnant females were another popular target. Disturbing video footage documented how senseless these competitions are – not even the contestants consume them. Instead, participants dump the rays back into the water or into dumpsters.

Proponents of killing contests claim that killing cownose rays benefits oysters, blaming rays for diminishing oyster harvests. Scientists, including the National Aquarium in Baltimore, assert the opposite – cownose rays actually play an important role in Chesapeake Bay ecology. Reducing their population threatens the overall health of the Bay. A research paper from a scientist at Florida State explains that disease, overharvesting, over-sedimentation, and habitat loss are the true culprits for a declining oyster population.

In January 2017, the Animal Legal Defense Fund joined the Save the Rays coalition to support legislation that would protect cownose rays from these contests. On May 4, 2017, Governor Larry Hogan signed into law a temporary moratorium on cownose ray killing contests that also instructed the Maryland Department of Natural Resources (DNR) to develop a plan to protect the species’ long-term survival.

The DNR failed to create a plan, and the moratorium was set to expire in the summer of 2019. In March 2019, the Maryland legislature passed bills, SB 143/HB 213, extending the moratorium until the DNR releases the plan. On April 30, 2019, Governor Hogan signed the new moratorium into law. 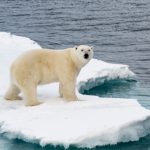 Donate to Protect Animals and Their Habitats