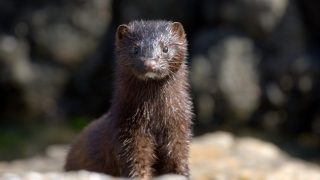 Banning the Sale of Fur (Hawaii)

Bans the manufacture and sale of new fur products in Hawaii, reducing the demand driving the fur industry.

Tens of millions of animals – like foxes and minks – are killed for their fur every year. Most of those animals are confined to tiny wire cages by the fur industry for virtually their entire lives.

In 2021, the Hawaii legislature considered legislation to address the fur industry’s threat to the welfare of animals, public health, and the environment. As filed, An Act Relating to Animal Fur Products (SB 969/HB 32) would have banned the sale and manufacture for sale of new fur products in Hawaii, including fur clothing and accessories. However, notable and, in some cases concerning, differences developed as they were amended through the legislative process. By the end of the 2021 session, the Senate bill (SB 969 SD2 HD2) would ban the manufacture and importation of fur products for sale (but not the sale of fur products) and the House bill (HB 32 HD1) retained the original ban on sale and manufacture for sale. The exemptions, penalties for violations, and effective dates also differ.

In the fur industry, animals, unable to engage in many of their natural behaviors, routinely resort to self-mutilation, obsessive pacing, and infanticide. To maintain the integrity of their skin and fur, these animals are usually killed via suffocation, electrocution, gassing, or poisoning. Sometimes, they are bludgeoned in the head or face repeatedly. Undercover investigations on fur farms have uncovered egregious cruelty — including animals being skinned alive.

Whenever animals are intensively confined without regard for their health or welfare, public health is endangered. Waste runoff can pollute soil and waterways. Sanitation is typically poor, and veterinary care is often almost non-existent. As a result, these fur factory farms are breeding grounds for pathogens that can result in zoonotic diseases. Mink fur farms in the U.S. and around the globe have become hot spots for COVID-19. Minks are the only animal known to both catch the virus from people and transmit it to them. In an attempt to protect public health and prevent further spread of COVID-19, European governments killed nearly 20 million minks in 2020.

Innovative technology has produced an array of alternatives with the same warmth, look, and feel as fur, leading dozens of retailers, brands, and designers to announce fur-free policies.

In 2019, California became the first state to ban the sale of new fur products, following similar bans in West Hollywood, Berkeley, San Francisco, and Los Angeles. In 2021, legislation to reduce the demand driving the fur industry was introduced in multiple state legislatures, including in Connecticut, Hawaii, Massachusetts, New York, and Rhode Island. Abroad, at least eighteen European countries are in the process of phasing out or have already banned fur farming. India has banned the importation of fur pelts. São Paulo, Brazil, banned the sale of fur products in 2015 and Israel banned the sale of most fur products in 2021.

The House introduced HB 32 on January 21, 2021, and referred it to the Committee on Judiciary and Hawaiian Affairs on January 27, 2021, who recommended that the measure be passed with amendments (HD1), before referring it to the and Committee on Finance on February 19, 2021.