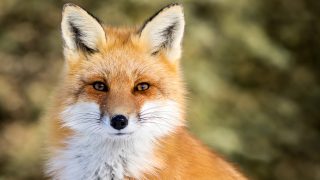 Killing contests are cruel and not grounded in science. Participants compete to kill as many animals as they can during a set time period, and prizes and money are awarded for various categories, including for the largest and smallest animals killed. Coyotes are the most common animals to be targeted, but contests also frequently encourage the killing of wolves, foxes, bobcats, and squirrels.

Such contests have come under increasing scrutiny as especially egregious instances of wanton violence against animals occurs. Not only is this deeply cruel — it serves no wildlife management purpose. Numerous scientific studies have debunked claims that killing contests reduce native wildlife populations long-term. Furthermore, wildlife killing contests violate the public trust doctrine, which holds that a state’s wildlife is held in the public trust and managed for the benefit of all its citizens.