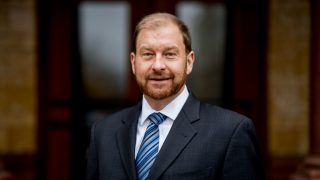 Anthony (Tony) is a nationally recognized attorney who joined the Animal Legal Defense Fund in 2017 after a 15-year career as a partner with a leading global law firm. Since joining the Animal Legal Defense Fund, Tony has focused on strategic impact litigation with a particular emphasis on captive wild animals and wildlife issues. As the Litigation Program Director, Tony leads the nearly two dozen attorneys and professional staff in the Litigation Program, who file strategic high-impact lawsuits that enforce and expand protections for animals under the law.

While in private practice, Tony was named a national Law360 Rising Star for 2014, an honor bestowed on a select group of lawyers under the age of 40 (Tony was one of eight nationwide in the class action category). Tony was also selected to the Illinois Super Lawyer list each of the last four years he was in private practice. Tony also received several awards for his pro bono efforts, and served as the co-chair of the Pro Bono Subcommittee of the American Bar Association’s Appellate Practice Committee for five years where he worked to facilitate attorney pro bono participation in the federal circuit courts of appeal.

Tony graduated with honors from the University of Minnesota Law School in 2002, and received his undergraduate degree in political science from Arizona State University in 1999. He is admitted to practice law in Minnesota and Illinois, and is based in Illinois.

Tony is an avid sports fan and enjoys spending free time with his rescue buddy Darwin, a black lab plus who likes to think he is still a puppy.