The Animal Legal Defense Fund filed an amicus brief in a Washington state case stemming from the death of a toy poodle. Our brief asked the court to hold that the plaintiffs should be entitled to recover more than a dog's “market value.”

The Animal Legal Defense Fund filed an amicus brief in a Washington state case stemming from the death of a toy poodle following an unauthorized procedure by her veterinarian. Our brief asked the court to hold that the plaintiffs should be entitled to recover not only a dog’s “market value.”

Ruby the dog died in 2006 after her veterinarian tried to obtain a urine sample using a needle, and botched the procedure. Ruby’s guardian Arlene Sherman had left Ruby at the veterinary hospital overnight, to run what Sherman thought would be noninvasive tests for a urinary tract infection.

Both parties appealed to the Court of Appeals of Washington. The Animal Legal Defense Fund filed an amicus curiae brief urging the court to find that Sherman should be able to recover for Ruby’s intrinsic value, not just her market value.

We argued that Ruby was a unique individual who was irreplaceable; the only way to even approach adequately compensating Sherman was to give her the special value that she placed on the dog, also known as “intrinsic value.”

The Court of Appeals agreed. In a 2008 decision, the Court reinstated the dismissed claims, holding that the medical malpractice statute did not apply to veterinary malpractice suits. The court also held that Sherman’s damages were not necessarily limited to Ruby’s market value.

Under Washington law, the court held, Sherman would either be entitled to recover Ruby’s market value — or, if it can be shown that a dog does not have a market value, then an individual would be entitled to the intrinsic value of her animal companion.

Pet Store Shuts Down as Lawsuit Continues Against Other Puppy Launderers

The Animal Legal Defense Fund announced that a settlement agreement has been reached with the Animal Kingdom pet store in a high-profile lawsuit over a puppy laundering scheme to unlawfully circumvent the California "retail pet sale ban" — a law that bans the sale of dogs from commercial breeders, commonly called puppy mills.
June 17, 2020 Companion Animals 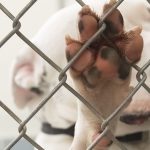 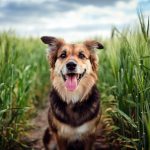