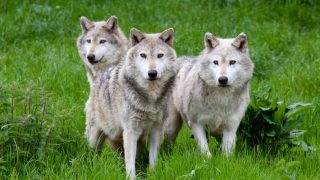 On Nov. 23, 2016, the State of Michigan Court of Appeals overturned the Scientific Fish and Wildlife Conservation Act, also known as Public Act 281, which would have allowed wolves in Michigan to be hunted if they are ever removed from the federal Endangered Species Act (ESA) list. The decision was the result of a lawsuit brought by Keep Michigan Wolves Protected (KMWP), which challenged the state Natural Resources Commission’s authority to classify gray wolves as a “game species.” In 2015, the Michigan Court of Claims found in favor of defendants (the State of Michigan, the Department of Natural Resources and the Natural Resources Commission), but on appeal a three-judge panel reversed the lower court’s ruling on constitutional grounds.

The law at issue, PA 281, was enacted in 2014 as an indirect initiated state statute. These laws are citizen-initiated through signature gathering. After the signatures are collected the proposed law goes directly to the state legislature, which can decide to enact the law or put it on the statewide ballot to be voted on by citizens. PA 281, initiated by a pro-hunting group, gave the Michigan Natural Resource Commission sole discretion over wildlife management in the state and the power to decide which animals are classified as game species and can therefore be hunted. After the petition gained the required number of signatures, the Michigan legislature approved the measure in August 2014, skipping the ballot.

That same year, Michigan voters rejected via ballot initiative two laws that would have allowed wolf hunting. Michigan Wolf Hunting Referendum, Proposal 1, would have upheld a law designating the wolf as a game animal and allowed hunting and trapping of wolves in the state. Michigan Natural Resources Commission Referendum, Proposal 2, would have upheld a law granting the Commission permission to directly designate game species and determine hunting seasons. Although these measures were both voted down by Michigan citizens, they were rendered moot since the legislature had approved PA 281.

Critics claimed the legislature had not only subverted the will of the people in enacting PA 281, but also that the wording of the measure was misleading and that many who signed the petition may not have realized they were supporting wolf hunting. In its lawsuit, KMWP argued that the petition was strategically drafted to conceal its true purpose. From the Court of Appeals decision:

“Plaintiff’s description regarding how PA 281 came into being conjures up images of a Trojan Horse, within which the ability to hunt wolves was cleverly hidden. Plaintiff claims that the initiating petition was strategically drafted in such a way as to appeal to potential signers by touting that it would ensure that only sound scientific principles would govern the taking of fish and game … that it would support our active-military members by letting them hunt and fish for free, and that it would provide money to combat the spread of Asian carp—all of which have excellent ‘curb appeal’—while surreptitiously slipping inside the body of the act a reenacting provision to ensure that regardless of the referenda votes on PA 520 and PA 21, wolves would be on the game species list, as would associated wolf hunting provisions … ”

Although the Court of Appeals conceded this assessment may be accurate, it disagreed that the measure was unconstitutionally deceptive and confusing. However, KMWP had also argued PA 281 violated the Title-Object Clause of the Michigan Constitution, which states: “No law shall embrace more than one object, which shall be expressed in its title.” The court was persuaded by this argument, finding the title of the proposed law didn’t inform the public or legislature of the law’s actual effects and that therefore the law as drafted was unconstitutional.

Specifically, the court took issue with the provision of the act granting free hunting and fishing licenses to active members of the military, finding it had no necessary connection to the scientific management of fish, wildlife and their habitats, and that without that provision—and the broad appeal of the benefit it conveyed—“we cannot presume that the Legislature would have passed PA 281.”

Although the U.S. Fish and Wildlife Service has tried several times to delist Great Lakes gray wolves, the courts have reversed each attempt. For now, wolves remain classified as endangered and are therefore federally protected in Michigan, which is in line with the will of the Michigan voters.