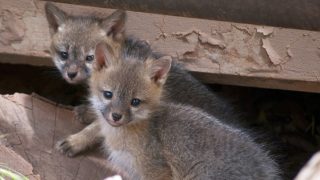 The Animal Legal Defense Fund is suing the U.S. Department of Agriculture’s Wildlife Services for failing to comply with the National Environmental Policy Act (NEPA) in accounting for the harm the agency causes to native Californian wildlife, including coyotes, foxes, and bobcats. The lawsuit, filed in conjunction with the Center for Biological Diversity, Western Watersheds Project, Project Coyote, the Animal Welfare Institute, and WildEarth Guardians, asks the court to order that Wildlife Services update its environmental analysis to comply with NEPA.

The Animal Legal Defense Fund has a history of challenging Wildlife Services’ cruel killing policies. This latest lawsuit against Wildlife Services alleges that its “Wildlife Damage Management” program in northern California violates NEPA because the program is operating under an outdated environmental analysis. NEPA is a federal law that requires federal agencies to prepare an intensive environmental analysis, called an Environmental Impact Statement (EIS), before taking major actions that significantly affect the quality and integrity of the environment. An agency has a continuing obligation to comply with NEPA and must update its analysis whenever “significant new circumstances or information relevant to environmental concerns and bearing on the proposed action or its impacts” emerge.  Animals, including wildlife, are considered a part of the environment.

Roughly 20 years have passed since Wildlife Services analyzed the impacts of its “Wildlife Damage Management” program in the North District of California, despite advances in the science of wildlife management and changing ecological circumstances. Among these advances are new scientific research demonstrating the ineffectiveness of killing native species as a form of “predator control” and that nonlethal approaches to wildlife management are better for the environment and can be more effective at mitigating conflicts. In light of these significant changes, Wildlife Services is legally required to update its NEPA analysis. Yet it has failed to do so.

A Decades-Long War on Wildlife

The U.S. Department of Agriculture’s Wildlife Services program is responsible for the deaths of millions of animals annually. It contracts with other government agencies and private landowners to fulfill its stated mission of “managing problems caused by wildlife.” “Problems” can include wildlife simply existing in areas where people don’t want them, though the majority of the agency’s killing is done to protect the private profits of ranchers who view wildlife living in its native habitat as competition with their domesticated herds. “Managing” nearly always means killing, by poisoning, aerial gunning, leghold traps and strangulation snares—all of which cause excruciating suffering—to target wolves, coyotes, cougars, and other animals.

These methods are also indiscriminate, meaning that they pose a risk to any animals that may encounter them, including animals that are legally protected, like bald eagles and the Pacific fisher. Hundreds of cats and dogs have also been killed. Even people are not safe! In one recent example, a dog named Casey was killed by a “cyanide bomb” planted by Wildlife Services agents to poison coyotes, right in front of his best friend, a 14-year-old boy named Canyon, who was also injured in the encounter.

In other cases, the impact on protected wildlife is less direct, but the consequences are just as devastating. For example, the endangered black-footed ferret relies on prairie dogs as its primary food source, but Wildlife Services kills countless prairie dogs year-round, making the ferrets’ survival more difficult.

This cruel war on wildlife is a taxpayer-funded gift to the agricultural and ranching industry. Ranchers want wildlife killed to protect their farmed animals so that they can profit from selling the animals to slaughter. Further, removing native species leaves a void in the ecosystem that has a devastating ripple effect on the remaining flora and fauna. The impact of indiscriminate killing endangers the health of the larger ecosystem and all the animals within it.

It’s time for Wildlife Services to either retire its program entirely or otherwise rely on science-based methods that take the well-being of animals and the environment into account. Until then, the Animal Legal Defense Fund and its allies will continue to hold the agency accountable in the courtroom.