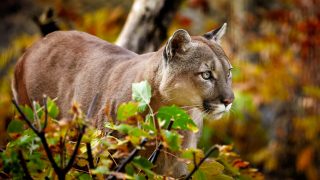 THIS ACTION IS FOR CALIFORNIA RESIDENTS ONLY

Across the state, super-toxic rat poisons (second generation anticoagulant rodenticides) are devastating California’s native wildlife. These persistent – “one feeding kills” – poisons are first consumed by rats, who in turn are consumed by other wildlife, resulting in secondary poisoning and contamination of the food chain. Animals who consume these poisons suffer from uncontrolled bleeding and ultimately may die.

Mountain lions are in particularly grave danger — several isolated Southern California mountain lion populations are close to local extinction. In recent months, several mountain lions were found dead in the Santa Monica Mountains with multiple super-toxic rat poisons found in their bloodstreams. These animals are being decimated by rodenticides — with at least five deaths conclusively caused directly by these poisons, including P-30, who died in September 2019. Immediate state intervention is critical to prevent these populations’ extinctions.

Sign your name to an open letter to Governor Newsom urging him to immediately place a statewide moratorium on the use of second-generation anticoagulant rodenticides — the most toxic class of rat poisons — except in cases of public health or ecosystem emergencies.

THIS ACTION IS FOR CALIFORNIA RESIDENTS ONLY.