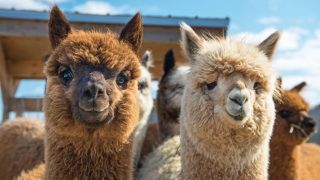 The following individuals will speak on Friday, April 12, 2019.

Nicoletta J. Caferri, a career prosecutor, is Chief of the Animal Cruelty Prosecutions Unit in the Queens County District Attorney’s Office in New York City, which was formed in January, 2016. She investigates and prosecutes animal cruelty crimes, including animal fighting, animal hoarding, intentional injuring or killing of companion animals, and neglect or abandonment of household pets. Ms. Caferri works closely with NYPD’s Animal Cruelty Investigation Squad and the ASPCA, including the ASPCA forensic veterinarians.

For her work in prosecuting animal cruelty crimes, in 2016, Ms. Caferri was named by the Animal Legal Defense Fund as one of America’s Top Ten Animal Defenders. She was also awarded the ASPCA Award of Excellence and the New York City Bar Association Thomas E. Dewey Medal for outstanding prosecution. Ms. Caferri is a member of the New York City Bar Association Animal Law Committee, the International Veterinary Forensic Sciences Association, the National Coalition on Violence Against Animals, and the Association of Prosecuting Attorneys Animal Cruelty Advisory Committee.

Kelsey Eberly assists Animal Legal Defense Fund with its cases and projects. She graduated from UCLA Law School in May 2014, where she focused on animal, environmental, and administrative law. While attending law school, Kelsey was the chair of the UCLA Animal Law Society—that school’s Animal Legal Defense Fund Student Chapter. She was also a writing advisor to first year law students in UCLA’s Lawyering Skills clinical program. Prior to this, she earned a graduate certificate in Animal Policy and Advocacy from Humane Society University. In 2006, she received a bachelor’s degree magna cum laude from Middlebury College, with a double major in English and Spanish.

Kelsey is a former clerk for Animal Legal Defense Fund and before that served as a legal intern with Compassion Over Killing. She has concentrated her academic study on the abuse of factory farmed animals and is interested in the international trade of exotic animals, the free speech rights of animal advocates, and the humane management of urban wildlife.

Christopher Wlach is the current Chair of the New York City Bar Association’s Animal Law Committee, the country’s first and longest-running bar committee on animal law. Chris has represented animal welfare and environmental groups pro bono in various state and federal matters. In 2014 he represented ALDF in a successful lawsuit against the NYPD under New York’s Freedom of Information Law. That lawsuit resulted in the disclosure of hundreds of records relating to horse carriage accidents.

Chris is also the author of a 2017 article examining how the specter of animal rights extremism has been used to deny access to government records — often with little empirical justification. When he’s not focusing on animal law, he serves as Assistant General Counsel at Huge, an agency headquartered in Brooklyn that provides digital design and technology services.

Stacy Wolf is Senior Vice President of the ASPCA Policy, Response and Engagement (PRE) group, which consists of multiple teams working nationally to rescue and rehabilitate animals from cruelty cases and disasters, ensure effective enforcement of animal cruelty laws, keep people and their pets together through targeted safety-net programs, and improve the welfare of dogs, cats, equines, and farm animals by changing laws, policies, and public norms.

Ms. Wolf joined the ASPCA in 1998 and has been instrumental in the creation of some of the organization’s most groundbreaking anti-cruelty programs, including the ASPCA’s partnership with the New York City Police Department, which has resulted in an increase of more than 200 percent in the number of animal cruelty arrests and animal victims rescued citywide.

In 2012, Ms. Wolf formed the Legal Advocacy department to provide backup legal assistance to prosecutors handling animal cruelty cases around the country, and to work on affirmative civil litigation in cases with the potential to affect substantial change in animal protection laws nationwide. In 2010, she spearheaded the launch of the ASPCA’s Community Engagement program, which works to help pets and their owners stay together by connecting them to services and resources including veterinary care, pet food, and training, as well as providing referrals to human service providers as needed.

Ms. Wolf began her legal career in 1986, serving as a public defense attorney before joining the ASPCA. As a criminal defense lawyer, Ms. Wolf represented indigent adults and children on Long Island, in New York City, and in upstate New York.

Ms. Wolf is the former president of AnimaLovers (Animal Welfare League of the Greater Capital District), a nonprofit group that rescues and provides adoption opportunities for homeless pets throughout the Albany area. She received a Bachelor of Arts degree from the State University of New York at Buffalo and a Juris Doctor degree from Hofstra University School of Law.

As the Animal Legal Defense Fund’s Legislative Affairs Manager, Jennifer is responsible for implementing creative strategies to pass laws that help animals and defend against bills that would hurt them.

A graduate of Northwestern University with a BS in Education and Social Policy, Jennifer also studied Politics, Philosophy and Economics for a year at Oxford University. She began her career in the corporate world while advocating for animals in her personal time. She was a leader in signature gathering for a statewide ballot measure initiative, testified at hearings, lobbied bills in her state capitol and co-founded a vegan advocacy organization in her local community of Salem, Oregon.

She is currently on the board of Humane Voters Oregon and while her passion for helping animals has turned into her full time career, she still volunteers at local farmed animal sanctuaries.

Diane Balkin is a senior staff attorney for Animal Legal Defense Fund’s Criminal Justice Program. She began her career as a prosecutor in the Denver District Attorney’s Office in 1979, where she has worked for the last 32 years. When she retired from the DA’s office on July 15, 2011, Diane was the Chief Deputy District Attorney (trial attorney) where she prosecuted all types of felonies (including homicides) and supervised a team of junior lawyers and support staff. Diane also served as the “animal crimes” prosecutor in her office where she demonstrated time and time again her commitment to ensuring both an effective investigation and an aggressive prosecution of every animal cruelty case within her jurisdiction.

Prior to becoming Chief Deputy, Diane served as the director of the Complex Prosecution Division where she was the legal advisor to the Denver County Statutory Grand Jury and she supervised the investigation and prosecution of crimes committed against the elderly. She has also served as the director of the Juvenile Division and the Domestic Violence Unit. Diane was appointed to the Colorado State Board of Veterinary Medicine in June 2001 and served on the Board for 8 years.

She received her J.D. in 1977 from the University of Denver and is a nationally ranked lecturer on animal cruelty investigations and prosecutions with a strong emphasis on training veterinarians.

Dr. Smith-Blackmore is the past-chair of the Animal Welfare Committee of the American Veterinary Medical Association, past board member of the American Heartworm Society and past president of the Association of Shelter Veterinarians. She is an author and editor of the 2010 Guidelines for Standards of Care in Animal Shelters and is frequently requested to consult on animal cruelty cases by prosecutors, defense attorneys, police departments and animal control officers throughout Massachusetts and around the country.

Dr. Smith-Blackmore teaches on the topics of animal cruelty, veterinary forensics and the link between animal cruelty and other crimes at the Animal Control Officers of Massachusetts Academy and at various national conferences. At home, Martha enjoys the company of her husband, a German Shepherd, a French Bulldog, three orange domestic shorthairs, and a cockatiel – all rescues. Yes, that includes the husband.