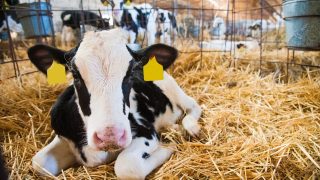 This lawsuit was the first in the nation to challenge ‘Ag-Gag’ laws, which criminalize undercover investigations by animal rights activists and journalists at factory farms and slaughterhouses. The lawsuit was filed in 2013 alleging that Utah’s Ag-Gag law violates the constitutional guarantees of free speech and equal protection.

After filing this challenge to the Utah law, the Plaintiffs also challenged Idaho’s Ag-Gag law. The Idaho case was swiftly and decisively resolved in favor of the Plaintiffs, with the federal court holding that Ag-Gag laws like those in Utah and Idaho “suppress speech by undercover investigators and whistleblowers concerning topics of great public importance: the safety of the public food supply, the safety of agricultural workers, the treatment and health of farm animals, and the impact of business activities on the environment.”

Plaintiffs are now seeking a formal declaration that the Utah Ag-Gag law is also unconstitutional. It has already been determined by a federal judge that laws impeding whistleblowing in the realm of food production run afoul of the constitution, and the summary judgment motion filed today is intended to formally extend this reasoning to Utah.

“The Utah Ag-Gag law, no less than the Idaho one, is an affront to the First Amendment’s promise of free speech, to say nothing of our societal commitment to free and open debate and transparency,” says Animal Legal Defense Fund’s executive director, Stephen Wells.

“It’s egregiously unconstitutional to allow Big Agriculture to keep cruelty to animals a secret,” says PETA Director of Litigation Matthew Strugar. “The Idaho courts have spoken, and now it’s time for Utah to confirm that PETA and others have a right to expose criminal abuse.”