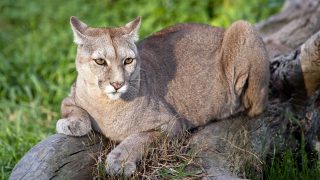 Super-toxic rat poisons are killing our country’s native wildlife. These persistent poisons are first consumed by rats, who in turn are consumed by other wildlife, resulting in secondary poisoning and contamination of the food chain. Wild animals who consume these poisons frequently suffer slow and painful deaths.

The Environmental Protection Agency (EPA) is conducting an Ecological Risk Assessment on these dangerous rodenticides and taking comments through July 6th. Please take a few minutes to submit a comment urging the EPA to ban these poisons and protect wild animals like mountain lions, bobcats, and Pacific fishers.