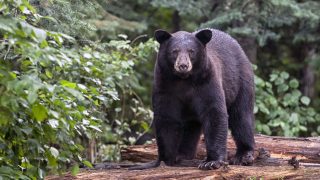 It’s no secret that the New Jersey black bear hunt is one of the most controversial.

The hunt begins on October 12th — but there is still a chance to stop the killing. Governor Murphy has the authority to suspend the hunt by Executive Order.

A supermajority of New Jersey residents opposes this deeply cruel event, where hunters are permitted to bait animals with sugary food and even chase bears onto private lands where they can be killed. But not only is the black bear hunt inhumane and unnecessary, allowing the 2020 bear hunt to continue puts residents of the state at an unnecessary health risk during a global health crisis.

Being one of only two states that allows — and even encourages — the trophy hunting of bear cubs and their mothers, there will likely be many hunters entering the state, many of whom may not adhere to the state’s strict guidelines put in place to combat COVID-19.

Allowing the hunt to continue is not only counterproductive, but contradictory to Governor Murphy and his administration’s recent actions to protect public health.