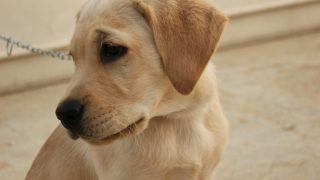 Support the Animal Welfare and Violence Intervention Act of 2018

We need your help to ensure that SB 1024, the Animal Welfare and Violence Intervention Act of 2018, becomes law! The bill passed the Senate Public Safety Committee but without your support, it won’t get through the next steps of the legislative process.

Animal abusers are five times more likely to harm humans. The Animal Legal Defense Fund is working with California State Senator Scott Wilk to address the link between animal cruelty and violence against humans by enacting SB 1024, the Animal Welfare and Violence Intervention Act of 2018.

Animal abuse is among the most misunderstood and undercharged crimes in our society. Currently, there are limited sentencing options, and judges have little power to ensure animal abusers receive appropriate treatment or education. In California, fines, limited jail time, probation, and forced animal surrender are about the only options. None of these options adequately address the underlying causes of animal cruelty.

The bill would require all convicted animal abusers to complete an approved animal offender education course and require offenders convicted under more serious animal abuse statues – like those involving malicious violence – to undergo a mandatory mental health evaluation and possibly ongoing counseling for up to one year.

Please take a few minutes today to call the legislators in the Senate Appropriations Committee (telephone numbers below) and politely ask them to support this important measure.

“Hi, I live in _____ (name of Senator’s) district (if you don’t live in their district, simply say ‘I am a California resident’). I am calling to ask him/her to support SB 1024, the Animal Welfare and Violence Intervention Act of 2018. Abusers of animals are five times more likely to harm humans. Legislation addressing the link between animal abuse and violence against humans is essential to protecting Californians.”

Thank you for protecting California’s animals!